Slowly, quietly, over the past few years, Jon Mooallem has grown into one of the warmest, funniest, most compelling and profound longform feature writers we have. This stunning piece for the Times, on disability, death, and ways to exist through suffering, hits all of his strongest notes – this is a writer at the top of his game.

He saw a good way to look at his situation and committed to faking that perspective, hoping that his genuine self might eventually catch up. Miller refused, for example, to let himself believe that his life was extra difficult now, only uniquely difficult, as all lives are. He resolved to think of his suffering as simply a “variation on a theme we all deal with — to be human is really hard,” he says. His life had never felt easy, even as a privileged, able-bodied suburban boy with two adoring parents, but he never felt entitled to any angst; he saw unhappiness as an illegitimate intrusion into the carefree reality he was supposed to inhabit. And don’t we all do that, he realized. Don’t we all treat suffering as a disruption to existence, instead of an inevitable part of it?

When whoever’s behind the @internetofshit Twitter account goes to CES, you just know the results are going to be both majestic and soul destroying at the same time.

There’s been a great deal of coverage in recent weeks about Gary Taubes’ new book The Case Against Sugar. The problem is most journalists on food beats don’t really know how to write well about the nuances of nutritional science – if you want to get to the core of what Taubes is arguing, and get a sense of whether or not he’s a quack, there’s no better place to start than this respectful but thorough conversation with Julia Belluz, one of the few genuinely good explainers/debunkers plying their trade at Vox these days.

If you didn’t make Forbes’ 30 Under 30, don’t despair. You probably made this list.

“The young man was having sex with his dog. In fact, he’d lost his virginity to it. Their relationship was still very good; the dog didn’t seem to mind at all. But the man’s conscience was eating at him. Was he acting immorally?” Wow. Wow.

“What are your sources?” Social media researcher danah boyd wonders if an overemphasis on this core question of critical reasoning has backfired, hindering our collective media literacy. The principle of independent verification is increasingly misinterpreted to mean the individual experience of discovery. This is why some have come to trust the first page of Google search results over Wikipedia entries, even as the former is shaped by personal browsing history, advertisements, and popularity (and the corrupting influence of digital capitalism, naturally). danah insists that broad media literacy requires something beyond the standard educational practices that created this problem in the first place. We need cultural venues and frameworks to sustain our exposure to diverse voices. So… LinkedIn INfluencers ya?

… or Medium publications? We have more faith in the latter. especially after Ev Williams’ statement this week that the platform is pivoting to a “new model for writers and creators to be rewarded, based on the value they’re creating for people,” that represents more than “incremental improvements on the ad-driven publishing model.” We want to believe.

How to look at the world at this crazy world in front of us without John Berger there to help us? This week we lost one of the most important thinkers of our time. As this great critical overview from the LA Review of Books, published just moments before his death, points out, if we want to understand the true importance of Berger, we should start by understanding that his art criticism was not just an appreciation of beauty, but a deeply political act.

Another great philosopher to shuffle off this mortal coil this week was the great Derek Parfit. It would be inappropriate to mourn a philosopher who so actively wrote against the significance of one's own death – our individual corporeal insignificance was kind of his schtick – so instead, here's one of his classics, pondering the most basic and fundamental of questions: Why anything? Why this?

☝️ I heard your friends would love this newsletter. If only there were some sort of link that you could share with them to make it easy. If only. ☝️ 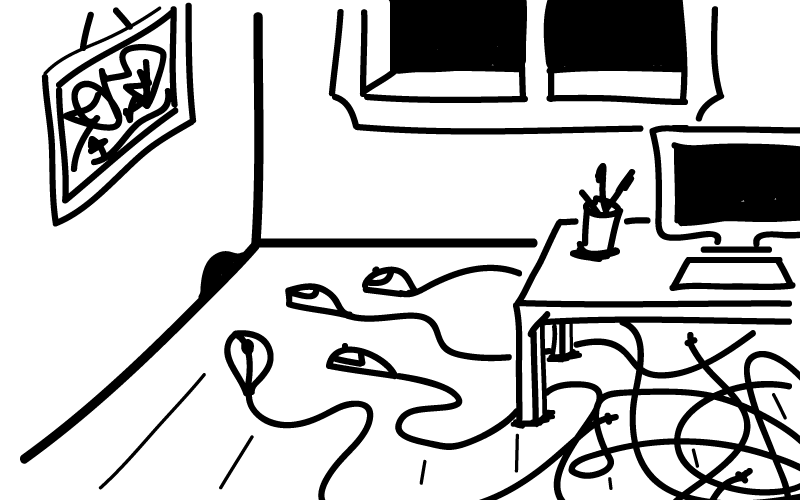