This week, so many tears, families broken, letters written. We flocked to airports, said no to Kellyanne’s pretend massacre, deleted Uber. This week, please remember Trump’s for the Patriots. And the other way too. Plus Tom Brady (however hot) is a mofo disappointment. And now for good news: Mr. & Mrs. Beyoncé are expecting two twins! ✌️

Another day, another authoritative-seeming Medium post from somebody in the tech world telling us that we’re all just cogs in an evil masterplan, eagerly shared, mistaken for insight. In the razor-sharp “Liberals on the Edge of a Nervous Breakdown”, Sam Kriss is having none of it. Guys, it’s time for some bullshit calling.

Silicon Valley doesn’t really approach politics as a sphere of competing social interests, a space in which people have the ability to make collective demands and collectively alter the conditions of their existences, but as a system—something with an input, an output and reams of complex programming in between. Whenever the tech world turns its attention to politics, there’s always the hint of this nerdish fascination for system: an inattention to what politics actually is or does, but a fetishization of efficiency, the latent notion that all these 18th-century structures really should just be replaced with something you can download on your phone. Often, this can lead to fascism…

We promise this headline is literal, and not a reference to the world right now: Sailing Through Garbage Bag Ocean.

Beyond the LOLs and Simpsons memes of Trump’s chaotic phone call to Australia, let’s turn our attention to the very unfunny limbo of the refugees in question, innocent victims to two very different modes of wretched politics colliding.

The story of the legendary-in-marketing-circles Oreo Superbowl tweet, when told in self-congratulatory manner by the too-many creatives that confabbed to really break through on that disrupt, is a glorious illustration of everything we hate about social marketing and the people that do it this way. But mostly we share it for “vp of cookies” (a job we would all take on happily).

As we disappear into our digital lives, the tangible world becomes more and more precious. Hence the return of vinyl. But the story is bigger than that. Paper notebooks allow you to concentrate the way a computer—much as we like to pretend otherwise—never will. That, the failure of MOOCs, board game cafés and more in Bill McKibben’s review of David Sax’s The Revenge of Analog.

Here, a personal trainer for your heartbreak.

We are each immersed in our own journey as we develop our own perspectives and ideals. Protecting their conceptual integrity can be a comforting habit that provides a sense of order in a disorienting world. But this inward instinct can be counterproductive, serving only to further isolate ourselves, undermine our cause, and send us tumbling. Solid ground can be found—often counterintuitively—by assuming an open, collective orientation. Keeanga-Yamahtta Taylor makes this call to activists and organizers, and it resonates far beyond the immediate context of the women’s marches: “When radicals who have already come to some important conclusions about the shortcomings of the existing system mock, deride or dismiss those who have not achieved the same level of consciousness, they are helping no one.”

When Chris Ware writes on his comic heroes, it’s always a pleasure to read. This  appreciation of Krazy Kat and his real-world counterpart George Herriman is beautiful, tragic, and, somehow, urgent. “George Herriman saw the history of America and its future and wrote it in ink as a dream on paper, and it is a dream that is still coming true.“

☝️ Like, we said, two twins! Tell your friends. ☝️ 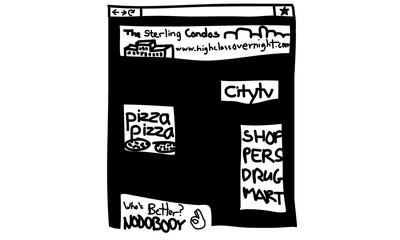 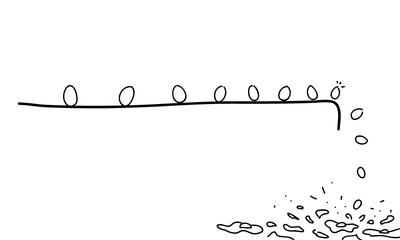