Here’s a nice calm one for the holiday. This Stephen Harrison piece in the NYT, "If You See Something, Write Something”, profiles two teenagers who devote much of their lives to maintaining Wikipedia articles about New York public transit infrastructure. Look, this is just a very soothing thing to read, about an internet we sometimes forget still exists. There’s no conflict here. No bad actors. Just trains and teenagers.

Mr. Picker hopes to become an urban planner and has spent the past five years improving Wikipedia articles about the subway. He has gathered information from a variety of sources, including listings of old subway timetables he has found on eBay.

Mr. Picker has been a railfan, as railfans call themselves, for as long as he can remember. His closet at home is stuffed with his collection of subway posters. Interestingly, his twin brother is not a railfan. Asked how the rest of his family feels about his transportation obsession, Mr. Picker said, “They bear with me.”

The American frontier is the fuzzy, volatile boundary between the collective and the individual. Free radicals spin off from the pack, only to glom onto each other in odd and unstable reconfigurations. From humble housing collectives and utopian communes (check out the whole five-part series) to those panning for gold and reading for roles, the west is fuelled by dreams. While entrepreneurs and VCs liken themselves to cowboys, they have more in common with more recent history of the really Wild West. As pressure on the Valley builds, some may have escaped into dangerously thin air.

Fantastic thread from Sarah Knuckey on Nicholas Kristof’s sloppy reporting on the Central African Republic for the NYT, and the more systemic issues of how conflict in Africa and elsewhere continually gets written about from particularly miserablist, outsider institutional perspectives.

The Chinese typewriter seems an impossible object to the Qwerty-bound Western mind. Its struggle into existence tells the story, almost in shorthand, of an empire dealing with 4,000 years of history and literature bound by the written word.

In GQ, Mari Uyehara takes on the tiresome phalanx of conservative pundits who continue to obsessively hate on college kids, as they always have and always will. She calls them what they are: free speech grifters.

We really don’t know what to think yet about Civil, a new blockchain-based publishing news platform promising “a marketplace for sustainable journalism.” The gut says this is a terrible idea, but they’ve signed up so many great, smart people that there must be something going on?  But incanting the words blockchain and cryptoeconomics hasn’t yet fixed any other industry, so…. Anyway, here’s a good, thoughtful Baffler piece on it, mostly as a placeholder until we think about it more closely. Let us know what we think, please.

This new magazine is only viewable when the user turns off their WiFi. We like very much.

Good friend and reader of Buckslip Julian Bleecker, of the very-fun Near Future Laboratory amongst other projects, emailed to ask if we’d mention the release of Omata, the beautiful sorta-analog bike computer he’s been working on for the last few years. We don’t normally do such straight plugs, but we like Julian, and also he had this lovely, thoughtful Ian Bogost piece we could link to about craft, analog fever, hidden computation and the project’s birth from the final collapse of Nokia, where a surprising number of brilliant people we’ve encountered seemed to work in those dying days. So, new rule: if you have something lovely you want us to link to, just get Ian Bogost to write about it and we’ll link!

It’s no secret that we’re big fans of Helen Rosner’s writing around food here at Buckslip. But we weren’t prepared for the strange saga of the hair-dryer and the roast chicken. (Confession: we made the chicken. Reader, it was good.)

Here’s the chaser to that shot of glorious Hailu Mergia in our last email—a great podcast from Afropop Worldwide on the underlying structures of clumsy exploitation and colonialist thinking that drive much of the industry reissuing African vinyl outside the continent (also featuring some great, great music, none of which you have to feel bad about listening to, we promise). Mergia’s label, Awesome Tapes from Africa, gets a pass, so, phew. 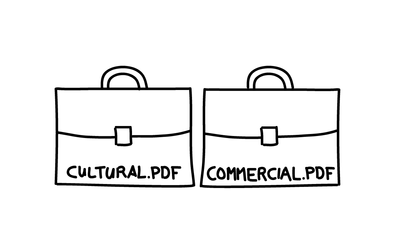 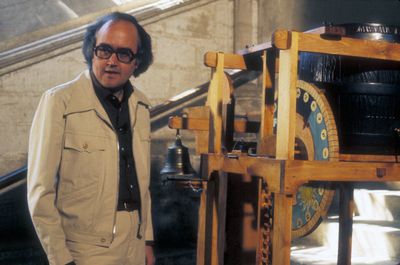