Because you deserve nice things, and because things get bleak from here, please enjoy this profile in Glamour of Betty Reid Soskin, a 97-year-old National Park Service ranger – she’s the best person you’ll meet all week, we guarantee it.

Power. That is what Betty’s life has always been about. The power of self-determination, of imagination, of civic engagement—and of art, beauty, and love. It was a power that ripened within her with every decade of her life, including the times she felt that she was broken, like early on, when she was the mother of two young children and the family received death threats for being the only black family in the neighborhood. Or more recently, in 2016, when a man broke into her home and stole her presidential coin. (When she caught him in the act, he punched her. So she reached up his “trousers,” as she calls them, and squeezed the hell out of his crown jewels. He fled, and in a few weeks, Betty healed and went back to work to great fanfare, and President Obama sent her a replacement.) “Everything I’ve ever done, everything I’ve ever learned,” she says, “I’m using all of that stuff right now. And all the women that reside in me are now operative.”

Kevin Alexander’s Thrillist essay about accidentally killing America’s greatest burger joint by telling everybody about it has been the most shared essay we’ve seen this week. But as much as we enjoyed it, we don’t think the phenomenon he feels guilt for is as new as he suggests, or that it’s about “the larger forces of technology and society” — guidebooks have been killing the best secrets since they were drawn on cave walls, no?

The NY Times Magazine’s special issue “What Will Become of Us?”, which thumped on our doorstep just this morning, is devoted to the sort of skeptical and careful futurist prognostication we can get behind — Nathaniel Rich’s short closing essay “Climate Change and the Savage Human Future” pretty much perfectly echoes the sentiments of the last magazine we all made. We’re looking forward to reading Clive Thompson on the future the chatbots will chat for us, and this fascinating round table set up as “a geneticist, an oncologist, a roboticist, a novelist and an A.I. researcher walk into a bar.”

For now, though, we’ll just tear through Baratunde Thurston’s collection of jokes told by a middling standup from that future:

And meanwhile, in London, the extinction rebellion blocks the bridges.

Regular readers of this email will know just how much we love The Creative Independent, Kickstarter’s weird little island of vulnerable and true conversations about creativity (and by extension, living) in all its forms. So in the light of those future dystopias considered above, we’re very excited to read their new book of essays from artists and weirdo thinkers on how to use the internet mindfully, in collaboration with Are.na. Here’s the introductory essay:

Artists and creative technologists can help us consider the internet in ways the technology industry still struggles to see it: as a place where people relate to one another emotionally, or generate knowledge together, or create safe and supportive communities for common use.

(On the Buckslip group thread the other day, Patrick flippantly dismissed Are.na as Pinterest for people who feel like they’re too cool for Pinterest, so he’s glad this dropped specifically to prove him wrong.)

Speaking of what it is to be human, The Pudding have visualised 20,000 “Dear Abby” letters sent over 30 years. The answer’s in there somewhere, hidden in our collective fretting.

Did you know that Charles Mingus wasn’t just the coolest of all the cats, but also the coolest at toilet training cats? Consider this while listening to these stunning 1973 live radio recordings that just emerged from a dusty archive somewhere.

Lookie here, it’s our very own Eli in The New Yorker! He’s on the drapes beat.

Also in The New Yorker, Richard Brody on First Man’s fixation on, well, that one man. Brody doesn’t use phrases like “Tory porn” or “anti-art” but his message reminds us of when Jonathan Sturgeon did say all that about Nolan’s Dunkirk, which we linked to over a year ago. Both movies are frustrated by their own inability to replicate these historic events at a one-to-one scale, so they make up the difference by having the audience feel small. They shame us for ever interpreting these events as a reaffirmation of humanity, and instead revere only those few great heroes who endured our ignorance and died for our sins.

The right review can make any movie interesting, which is why we’re keeping these pithy pieces from A.S. Hamrah at hand, and looking forward to reading his book The Earth Dies Streaming. It’ll be the perfect reading companion to Criterion’s recently announced streaming service.

Share this link so you have proof you were down with Buckslip before the film adaptation was auto-played on everyone's Netflix home page. 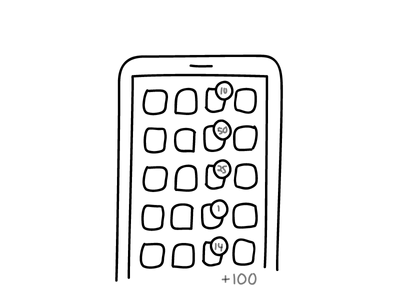