We very much want to read Lezlie Lowe’s No Place to Go, a history of public toilets and their disappearance in modern civic life (gradually, then suddenly), wonderfully reviewed in the LRB by Owen Hatherley, a Crohn’s sufferer with often… urgent… perspective on the issue.

Austerity has forced us to contemplate the previously unthinkable: the legally mandated public use of private toilets. This isn’t as far-fetched as it might seem. As awareness of these conditions grows, the government is under increasing pressure to improve access to toilets in public places – and how much easier to shift the burden to the private sector (though as with the law requiring licensed premises to provide free drinking water, businesses may charge for the ‘service’). ‘During the night I have a dream in which I join a subversive organisation called the Socialist Lavatory League,’ Kenneth Tynan wrote in his diary in 1973. ‘Its purpose is to bring all private loos into public ownership. Everyone will have the right to use anyone else’s loo – which will mean the end of private peeing. The dream wakes me up giggling, but on consideration I don’t think it is all that bad an idea.’ There is some irony in the fact that it is thanks to the abandonment of any concession to one of the most basic human needs – unless it can be used to generate profit – that we can now imagine the utopian dream of the Socialist Lavatory League coming to pass.

(A fine companion piece to this would be Ruby Murray’s 10,000 word history of toilets in the most recent Alpine Review. We never did put it online, but it’s really good – if you want to read it, shout and we’ll send a PDF.)

Sea creatures play an important role in carbon storage, and, spy whales or no, this is the only article you’ll read this week that will mention the “great whale conveyor belt”. Have that one in the back of your head while you think about geoengineers battling to cool the oceans. Geoengineering articles are always so melancholy, and this MIT Tech Review one is no different: “Reckoning with geoengineering in all its forms means coming to terms with loss—to explore what it means to “live in the ruins,” in anthropologist Anna Tsing’s phrase. Geoengineering comes as a shock to the mind of people who don’t currently feel as if they are living in the ruins, who haven’t yet come to terms with the losses being experienced.”

Onya, big tweeter: Nellie Bowles on Jack Dorsey is as exquisite a portrait of a well-meaning rich dimwit as you’d hope it to be.

And this week’s Belt and Road Initiative content (you never click it, but we’ll keep bringing it) is from Nature, where we consider what the firehose of funding and debt will do for scientific research all along its myriad paths.

Rhizome, Huw Lemmey celebrates the one great trend forecasting collective, K-HOLE, whose semi-satirical divinations of our normcore future turned out to be the only ones worth a damn.

Prior to its public offering, Uber is scrambling to align itself with the public imagination. We feel our systems crumbling,  and it would be so convenient if Uber had an answer. So the company revised filings with the SEC to reframe public transit as a potential partner for future growth rather than a fundamental challenge to its business model. But up here north of Toronto, Innisfil’s real-world experiment with Uber-driven transit is facing dynamics exactly opposite to those of public transit. Investors desperate to justify their multi-billion-dollar losses have an excuse for engaging in the logical gymnastics necessary to sustain these doomed partnerships, but what’s our excuse?

Maybe our willingness to let them walk all over us stems from our deep belief that we too are destined to be disruptive tech entrepreneurs. If they only just see that we get it, we'll receive their validation, and be invited to speak on their Panel for the Future of Everything. While Uber relies on us acting like them, Netflix wants to be like us. In The Baffler, Corey Atad describes how Netflix isn’t just annoying on Twitter, it’s pitting us against each other. For both Uber and Netflix, volatility is opportunity.

Amazing that this Vox oral history of all the struggles Amazon had to face to totally overthrow everything we know about retail with Prime doesn’t need the voice of even one warehouse or delivery worker. They must have had nothing to do with it at all! So inspiring that executive leadership can pull off such consequence-free disruption.

Unrelatedly, the OECD releases its annual Future of Work report with a very busy, hashtaggy website that you can mostly skip past to read the report proper, where there’s good meaty stuff on the gig economy, automation, and the continued importance of collective bargaining.

And here’s Amazon’s doorbell company looking for an editor to deliver breaking crime news in your neighbourhood.

“Bernie Sanders was bare-chested, towel-draped, sitting at a table lined with vodka bottles, as he sang ‘This Land Is Your Land’ to his hosts in the Soviet Union in the spring of 1988.” Michael Kranish tells the story of Sanders’s official 10-day visit to the USSR, in his capacity as mayor of Burlington, VT, for which he was hoping to find a Russian sister city. Sanders earned some flack back home when he criticized US policy on Soviet soil, an episode that some right wing bloggers have recently leapt at as the senator begins another presidential campaign. Our favourite detail involves Ben & Jerry’s ice cream:

Billy McFarland’s got a book coming! Title? Promythus: The God of Fyre, of course. Consider us pre-registered for the deluxe platinum edition.

Few things have cheered us more of late than seeing friend of Buckslip Alexandra Molotkow back in action with a new column over at Real Life. In her latest, Alex writes about her passion for marginalia and notes how Twitter, though initially thought of as “micro-blogging”,  is more akin to a form of collective marginalia and represents “an evolutionary step for annotation itself: a dedicated venue for readers responding to text and to each other’s responses, so intricately that the text becomes secondary, valued primarily for what can be said about it.”

Tuca & Bertie is great, and so too is Amanda Hess in conversation with the great Lisa Hanawalt. More NYT articles should open with looped video of a blissed horse chewing on straw. It should be a rule. And let’s gratuitously link to Tuca’s very first comic appearance in Toronto’s Hazlitt back in 2013, as an unsubtle way of welcoming ongoing guest BS contributor Chris Frey, who was the founding editor of that great place. You’ve read some of his words above!

Send Buckslip to that friend who would be most annoyed to know you found Buckslip before they did. 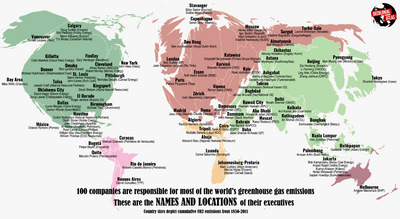