“It is just that their thinking has been infected by unhealthy thoughts,” the script said. “Freedom is only possible when this ‘virus’ in their thinking is eradicated and they are in good health.” A leak of internal Communist Party documents regarding Xinjiang to the NYT makes for gripping, terrifying reading (annoyingly over-presented in interactive web form, as though these particular words needed to dance more to matter). What these documents show most starkly is not so much specific abuses, but rather the quiet and mundane systems through which authoritarianism really operates, where brutal repression requires no direct order.

Over at The Atlantic, Zeynep Tufekci dispatches from Hong Kong on what resistance to those systems is beginning to realise it needs to look like. She writes: “China may have wanted to make an example out of [Xinjiang], but the lesson Hong Kongers took was in the other direction—resist with all your might, because if you lose once, there will be a catastrophe for your people, and the world will ignore it.”

(And yeah, that new design at The Atlantic is pretty nice! Especially the quiet restraint of its print covers, which may or… may not match much of the journalism coming out of that place in recent years.)

At Outside, an argument against tech shaming in the great outdoors. We agree: It’s totally fine to use apps on the trail! You’re not somehow more pure if you don’t, but either way, you do you!

In The Baffler, Liz Pelly on Sofar Sounds, “a version of what underground shows would be if they were filtered through the mind of a marketing executive who wanted to make them as predictable and globally monotonous as Starbucks or WeWork.”

Cat Zhang in Pitchfork on the anatomy of a TikTok hit:

“Pumpkins scream” and “Asshole” gathered momentum, in part, because of e-boys—chain-sporting, black nail polish-wearing, Timothée Chalamet-types who serve as a digital update of previous generations’ goth mopes. They film their TikToks in dark bedrooms lit by colored LED lights, where they pout, mimic choking themselves, and roll their eyes while tapping their temples. Their moves allude to sex, but are chaste enough to avoid serious alarm. Salina Johns—who parodies e-boy tropes so regularly on TikTok that she declared herself the “King e-boy”—points out that the e-boy performance can be ironic, but it’s still geared toward convincing other teenagers you’re hot.

Things Buckslippers wrote that came out in the last couple of weeks:

1! If you like a baby name so trendy it sounds like it was whipped up by Warby Parker, this sassy little piece by Eli is for you.

2! Eli was also over at McSweeney’s, slowly losing his mind writing 75 Things You Didn’t Know You Could Do With Peanut Butter.

3! If you’re in the market for mountains and food security stories, Patrick was far from peanut butter with another piece from Tajikistan, this time in The Calvert Journal with the story of a greenhouse high in the Pamirs and the dreams of the man who tends it.

The village in that last story depends almost entirely on meltwater runoff from the glacier above for its water supply. The 56,000-odd glaciers that cap not just the Pamir but the Himalaya, the Hindu Kush and the other great ranges that together form one great tangle across Central and South Asia are of existential importance to the lives of billions. All of us, really. And of course, they’re under profound threat. As Nat Geo document in “What happens when the roof of the world melts?”, the ranges are now filled with more new lakes than scientists can keep up with counting. A comprehensive new study that’s the impetus for that story suggests that one-third to two-thirds of the glaciers will be gone by 2100. Good then!

Emily Raboteau in the NYRB:
Faced with the horrors of climate change, both Rush and Gaul struggle to define or redefine the term “resilience.” What do we mean, they both explicitly ask, when we name a person, place, or thing“resilient”?

In a deep, considered, warm appreciation of the Nunavut-based cooking show Nunavummi Mamarijavut for Atlas Obscura, Luke Ottenhof shows how to do the exact opposite of that piece, and say so much more while doing so.

We recently checked out a talk with Laurel Schwulst about websites, rocks, making connections between public space online and public space outdoors, and the internet as one a big room. Here is Schwulst chatting about metaphors for websites, and the original intention of The Creative Independent. If you want a podcast instead, here’s Schwulst speaking advocating for an abundance of websites, managed by individuals.

We did not expect this Times style piece on the obsessives and the big bucks in the rare houseplant market to be so pure and lovely. It almost made us want to buy grow lights for our no-light homes and get really, really into monsteras.

There was always going to come a point where the artifice of the streaming service revolution as somehow for consumers would break, most inevitably when the platforms fractured into far-too-many rights-managed fiefdoms with only one or two things worth a damn and a deep catalogue of crud to fool us into thinking we’re getting value from each and every one. We’ve all been on about this for years, of course. So, just as inevitably, in the month in which the great fracture finally happened: Welcome back, torrents!

From the opposite end of the Hollywood spectrum, this interview with the great animator Don Hertzfeldt on surviving and, occasionally, thriving outside of studio systems, is a thoughtful and lovely read.

Until an asteroid,
Buckslip
xx 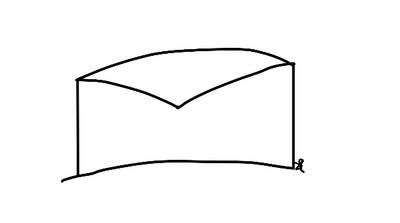