Go past the location-specific and clickbaity headline — “Why Are Diners Suspicious of Toronto’s Most Exciting Thai Food?” — on this Corey Mintz piece for Mark Bittman’s newish Medium food pub Heated. It’s a really interesting delve into why it is that even in progressive-seeming cities that proudly put diversity at the core of their identity, April Chan’s maxim that “the marginalization of a cuisine is reliably proportional to the marginalization of its people” holds depressingly true. Not news, but always worth reminding ourselves: food trends are inherently conservative, and of course slow-cooked in really subtle kinds of privilege you don’t always notice are there.

Just in time for the holidays, Verso have an excerpt from James Bridle’s New Dark Age, which would probably be one of the foundational contemporary texts of the Buckslip canon, if we had a canon (or decent bookshelves, even). “The future will be bumpy” is a slow and rumbling ascent, from increases in unpredictable flight turbulence to the literally unfathomable “hyperobject” that is climate change. In between all that, we liked the stuff about Concorde:

There is little left of Concorde in contemporary aircraft: instead, the latest passenger aircraft are the result of incremental advances – better materials, more efficient engines, adjustments to wing design – rather than the radical advance that Concorde proposed. The last of these is my favourite addition: the ‘winglets’ that now adorn the wingtips of most aircraft. These are a recent invention, developed by NASA in response to the 1973 oil crisis and gradually retrofitted for commercial aircraft to increase fuel efficiency. They always bring to mind the epitaph of Buckminster Fuller, as written on his gravestone in Cambridge, Massachusetts: ‘Call me trimtab.’ Tiny in-flight adjustments, performed at scale. This is what we remain capable of.
History – progress – does not always go up and to the right: it’s not all sunlit uplands. And this isn’t – cannot be – about nostalgia. Rather, it is about acknowledging a present that has come unhinged from linear temporality, that diverges in crucial yet confusing ways from the very idea of history itself. Nothing is clear anymore, nor can it be. What has changed is not the dimensionality of the future, but its predictability.

At OneZero, Sarah Emerson looks at the truly awful things the underpaid freelancers at Rev are exposed to when we send our transcripts to them. There’s nothing radical or unusual about what Rev’s doing – it’s just another in a long line of internet services that let us abstract away mundane but hard labour behind button clicks so that it feels like all we’re ever really doing is interacting with an augmented AI which has no need of rights. But if you, like us, have need for transcription services, our friends at Study Hall have put together a handy list of actual humans who cost the same as Rev, but, like, get that money themselves. Catch is you have to treat them like actual humans, but maybe that’s worth it!

Maybe you’re well past the point of treating your collaborators like actual humans, and you’re looking to leave your readers behind as well. Enter GPT-2, Google Smart Compose, and Grammarly, which can flatten your writing into a business casual pablum. Rob Horning frames these as tools of content commoditization which facilitate more efficient creation and consumption by approaching everything as information to be processed rather than entertainment to be enjoyed, desired, or struggled with.

By now you’ve probably been exposed to at least a little of the discourse around Zoe Schiffer’s Verge expose of the toxic work culture at Away, the luggage-with-a-battery-as-a-service startup. Honestly we don’t think the interesting thing here is that startups have toxic cultures or that CEOs can be awful humans, though there’s plenty of evidence of both herein. It’s also not something specific to that breed of internet product company that Shiffer describes as finding success through “some alchemy of Facebook ads, freckled models, and bold sans serif fonts.”  This archive dump of one company’s particularly intense adoption of Slack really is one of the most compelling studies we’ve yet seen of how the platform and its ilk hypercharge the inherent problems of all terrible corporate workplaces. It’s a unique document trail of how the factions, cliques, cults, and micromanagement of contemporary corporate culture really work. Since the dawn of CEO time, we’ve seen them do all the terrible things Steph Korey does here without the aid of a chat platform, but oh boy how they accelerate and amplify the worst of it. Or perhaps it’s just better documented and not hidden away in inscrutable email archives? The modern, decentralised, online workplace is somewhere where the language of emotion, empowerment, inclusion, and transparency so easily distracts from the padded handcuffs of toxic micromanagement. Radical transparency doesn’t look so pretty when it’s truly transparent, huh?

A couple from NPR: Grayson Haver Currin talks to a bunch of different musicians about how climate change, and coping with it, is moving to the core of their songwriting practice.

And for a fine bleary December soundtrack, Lars Gotrich marks the 10th anniversary of the guitarist Jack Rose’s death with a collection of some of the most striking instrumental guitar music of 2019.

“Spam phone calls accounted for 29.2 percent of all mobile phone calls in in the U.S. in 2018, up from just 3.7 percent in 2017.” Spammers have defrauded Canadians of over $1 Million in 2019, driven by new government-spoofing strategies and dramatic playacting.

All the bucks we've slipped along the way.


127: No abnormal release of radioactivity 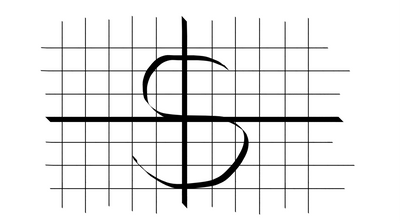