Since Mark Fisher’s death in 2017, there’s been abundant online reckoning with what his work—wrestling as it did at the nexus of mental health, capital, culture, power, music, activism, hauntology, and whatever else—either foretold or still has to tell us about this moment we’re living through. The monumental 800+ page brick of a book that gives a spine to his blog project, K-Punk (sans comments section, alas) is one of our favourite things to occasionally dip into at random, just to spark the brain a little, to open up pathways rarely used, even when we might fundamentally disagree with his take on whatever TV show he’s musing on. But there hasn’t yet been anything quite like this round table convened by Anwen Crawford at the Sydney Review of Books, which brings together some key voices in that corner of what we used to call the blogosphere—Crawford herself, Owen Hatherley, Simon Reynolds, Carl Neville, Rhian E. Jones—to reflect not just on Fisher and his blog, but also to send a little sounder out there into the howling void, to see if they might be able to figure out where the “intense and generative” energy of that decade-or-so of blogging got us, even as the blogs themselves are long deleted. There’s something beautifully fitting about this round table actually taking place via Google doc, also.“If, reading it, you have the feeling of being plunged into a conversation that began some time ago, and might carry on for ages yet — well, that’s what the blogs were about. “

For all we make fun of it, and for all of its not-insignificant problems with toxic and generally male nerd stewardship, Wikipedia is one place that remains a spectacular source of intense and generative energy, as Richard Cooke lays out in this detailed and smart ode for Wired: “Pedantry this powerful is itself a kind of engine, and it is fueled by an enthusiasm that verges on love.”

The Rwandan gospel singer Kizito Mihigo was “found dead” in a police cell in Kigali this week. Mihigo, perhaps the country’s most popular musician, has been one of the most outspoken critics of Paul Kagame’s regime, and also of the official narrative of the country’s journey out of genocide. This fantastic Afropop Worldwide documentary from a couple of years ago, when Mihigo was serving a 10-year prison sentence for treason, is a powerful depiction of a wound still open in the country’s heart. Somehow, we doubt Mihigo’s plight will come up when the Commonwealth Heads of Government meet in Rwanda in June to discuss “connecting, innovating and transforming”.

This, from Quanta, is just a gorgeous thing to get lost in on a Sunday afternoon: The Map of Mathematics.

How did we not know that Cambridge now has a Centre for the Study of Existential Risk?

In the MIT Technology Review, Tim Maughan looks back at the last decade of design fiction, including the work of those fine friends of Buckslip, the Near Future Laboratory. Specifically, he’s considering how critical practice, when co-opted by corporate interests, can become little more than a parroting of aesthetic, meaningless without the satirical edge of what’s been copied. “Trying to navigate a path between the critical and the corporate” is something any of us who have to do things like pay rent wrestle with plenty in any discipline, so we found this interesting on a few levels.

One of the practitioners of speculative design whose work Maughan discusses is Anab Jain of Superflux. In this lecture from last November (which we came across via Patrick Tanguay’s reliably interesting and chewy Sentiers newsletter), Jain outlines how speculative practice can be deliberately purposed into a practical and political means of engaging with“hyperobjects” too vast and complex to grasp, such as climate change. Enabling people to imagine things they would not have been able to imagine, and to act upon that, she writes, is a slow form of critical activism. It’s also, like all good and tangible things about facing down what’s coming, about mushrooms.

Modes of critical activism and speculative questioning through the form of built objects are nowhere more at home, of course, than in architecture. In this beautiful scattered drift of a piece at Longreads, Daisy Alioto begins with the question of the necessity of a window alarm, and by way of the Farnsworth House, Mies van de Roe, Ludwig II of Bavaria, Octomom and the wild and weird 1970s provocations of Ant Farm in San Francisco, arrives at some idea, maybe, of what a house means.

Meanwhile, here’s another member of the BS community, Jay Owens, with a consideration in The Guardian of a slightly different aspect of what a house means. The headline hook is Airbnb, but what Owens is arguing here isn’t really another Airbnb good/Airbnb bad angle, rather that “the houses we have are an increasingly bad fit for the way people live today”, the majority designed for nuclear families, static in position, concerned more with car storage than precarity: “We need many and varied housing structures and funding models (rental and ownership) to help us find homes that fit across our lifetimes. Long-term, that means imagining a new architecture of flexible, reorganisable living structures – but in the short term we need ways to rearrange people in the housing we already have.“

Please buy us this for our birthdays: John Cage: A Mycological Foray.

“Football can and does nurture monomania, ignorance, atavistic loathing and mindless stupefaction, but that does not exhaust its repertoire.” Nobody but nobody writes about football (the soccer kind) as a way of understanding the world like David Goldblatt. If this excerpt is anything to go by, his new book The Age of Football looks to be spectacular.(Reading it also reminded us just how wonderful his podcast Game of Our Lives was, which if we never linked to here before, we really should have.)

Robin Sloan hacks together an app that’s used only by his family, and in the process, hits on something that we’ve been struggling to articulate for years—what it is to enjoy coding without ever wanting to do it as a job. Why we hate it whenever we try. What it is to apply the tools that build this world around us not for any desire to make money out of it, but simply because it’s rewarding. Just as you can enjoy cooking on a level that’s deeper than just a hobby, something truly fundamental to who you are, you can also know that becoming a line cook would destroy everything you love about it.

The exhortation “learn to code!” has its foundations in market value. “Learn to code” is suggested as a way up, a way out. “Learn to code” offers economic leverage, a squirt of power. “Learn to code” goes on your resume.
But let’s substitute a different phrase: “learn to cook.” People don’t only learn to cook so they can become chefs. Some do! But far more people learn to cook so they can eat better, or more affordably, or in a specific way. Or because they want to carry on a tradition. Sometimes they learn just because they’re bored! Or even because—get this—they love spending time with the person who’s teaching them.
The list of reasons to “learn to cook” overflows, and only a handful have anything to do with the marketplace. This feels natural; anyone who has ever, like… eaten a meal… of any kind… recognizes that cooking is marbled deeply into domesticity and comfort, nerdiness and curiosity, health and love.
Well, it’s the 21st century now, and I suspect that many of the people you love are waiting inside the pocket computer you are never long without, so I will gently suggest that coding might be marbled the same way. 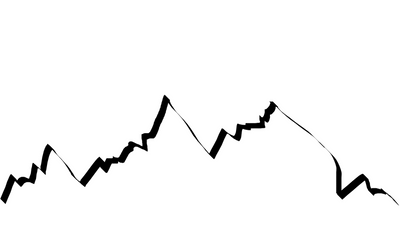 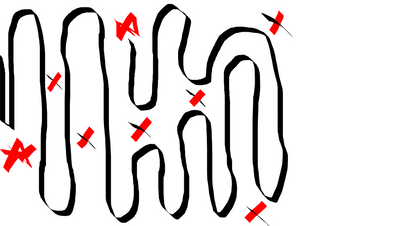