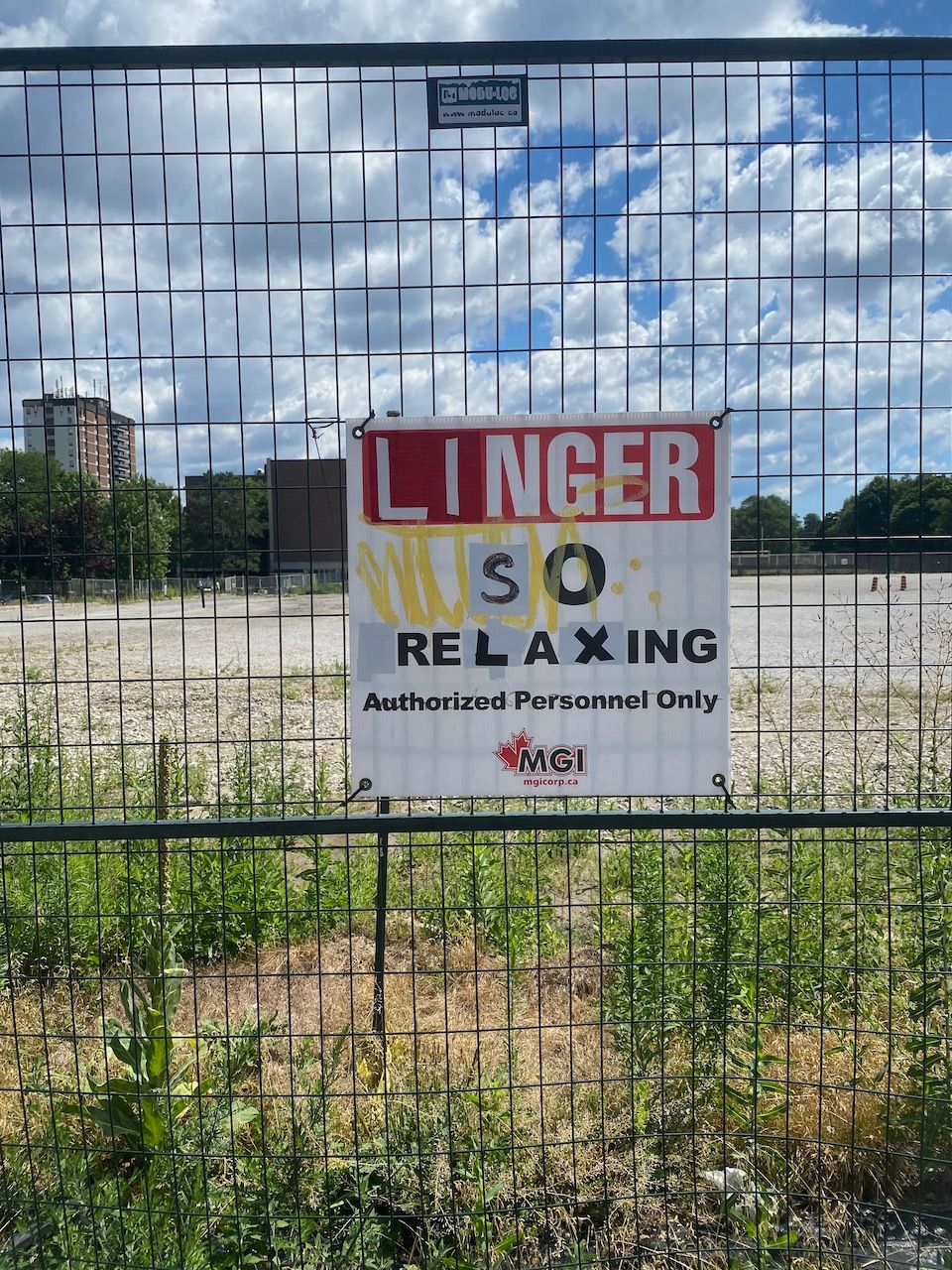 Like a lot of people, I dreamed I’d one day find Forrest Fenn’s treasure without ever really trying. It’s the sort of thing you’d talk about with friends, planning imaginary expeditions to the Rocky Mountains, where we surely wouldn’t die like the others did. All that gold would be ours! I didn’t entirely believe it when Fenn first claimed the treasure had been found before I’d ever gotten round to actually thinking about a realistic effort. I liked the conspiracy theory, popular among treasure hunters, that Old Man Fenn had simply given up the ruse, or had been pressured into pretending it was over by fraidy cat authorities. For some of them, even Fenn’s pictures of the found treasure taken by the conveniently anonymous finder weren’t enough. Nobody wanted it to be over.

But you know what? It doesn’t have to be. When it comes to being obsessive on the internet, the treasure itself doesn’t matter. In the neverending shitstorm of wretched content in these past few weeks, little made me so happy as this piece in the Billings Gazette, cataloguing how the most committed hunters continue to speculate just as deeply on where the Fenn treasure might have been found, if it ever really existed, each deeply committed to their own version of the solve. I know they will continue to do so until their dying breath.

Whether or not the thing exists has no bearing on the stakes for those who debate it. Maybe I’m saying something about an open letter here. Or maybe I’m not. I’m writing about a treasure hunt. Or maybe about the glorious little moment of 👁👄👁, a cheeky little rug pull of artful meaninglessness, an empty meme weaponised as a mirror. A younger version of me would have called it a culture jam, and probably written an enthusiastic dissertation on it.

Anyway, we’re back — not sure why there’s so long between each of these at the moment, other than the fact that things are moving so quickly that the only right response seems to be to process slowly. I know, it’s not even a Sunday. But look, we’re trying a new thing — original content! Interviews and such. This will, like everything here, be sporadic and ongoing, but we figured if we have an urge to talk to people, and we had a place to put it, then what the heck. See below for the first.

I hope, wherever you are, you’re not caught too deep in any of the particular madnesses swirling. I hope you’re safe. I hope people around you are wearing masks without being jerks. I hope you still have work. I hope your streets aren’t occupied, unless you’re amongst the occupiers. I hope you have future treasure hunts you’re busily planning for.

We may be living in a moment of radical uncertainty, but that doesn’t mean the people who get paid to think about the future for a living aren’t still doing their thing. Which makes it a busy time in the futurist mines, but who gets to do the futuring? And who is left out? Professor Devon Powers kicks off our new collection of original interviews, in a conversation about the ways in which whiteness colours visions of the future, and how Afrofuturism serves as an alternative model for engaging with futurity.

We’re very much looking forward to this new Substack from Britt Wray, a longtime BS fave and reader: Gen Dread, “a newsletter about staying sane in the climate crisis.”

Not a ranking we ever thought would be necessary: The World’s Most Technologically Sophisticated Genocide Is Happening in Xinjiang. Saying this (even if simply repeating a tragically accurate headline) does not yet put us in violation of Chinese law. Saying anything about Hong Kong, however…

This long read from Audubon on the Association for the Conservation of Threatened Parrots is, we swear, one of the best things you’ll read this week. Much more in the way of international intrigue, derring-do, and dead sheikhs than you’d probably figure.

At Aeon, Surekha Davies on black holes, sea monsters, and how we’ve always strained to visualise the things we can only imagine, just past the edge of our known world.

“Between the statistical image of the most hard hit—both internationally and within countries like the United States or Australia—as well as scenarios like the tiered protections of the Californian wildfires, climate-proof luxury construction, or more dramatic considerations of resource wars and instability—it begins to become clear that although we all inhabit the same ecological niche, we don’t really share one climate.” At The Baffler, Ajay Singh Chaudhary on the logical consequences of "right wing climate realism”, and the possible world that comes to pass when the united human struggle against climate change does not in fact ever emerge.

The Chaudhary piece’s depiction of the colonial and class divisions of a near-future, climate-ravaged society doesn’t feel a million miles away from the world Octavia Butler wrote in Parable of the Sower. Listen to her about six minutes into this gloriously lo-fi archival interview with Julie Dash in 1995, where she sharply lays out that vision, explaining her fears that it’s inequality that would drive the greatest tragedies of climate change. This too is returned to in Brian Merchant’s electric essay America Has Always Been a Dystopia, at OneZero (Butler’s obviously on a lot of people’s minds in this moment), which does a fine job at pushing back against dystopia fetishism in pop culture and arguing for us to look deeper at what the worthwhile writers were really saying.

Seems only fitting then that we revisit Sun Ra, the original afrofuturist, in this eloquent tribute from Namwali Serpell in the New York Review of Books: Sun Ra: ‘I’m Everything and Nothing’

INTERVIEW: What has this pandemic confirmed or reinforced about your view of society?

JIA TOLENTINO: That capitalist individualism has turned into a death cult; that the internet is a weak substitute for physical presence; that this country criminally undervalues its most important people and its most important forms of labor; that we’re incentivized through online mechanisms to value the representation of something (likejustice) over the thing itself; that most of us hold more unknown potential, more negative capability, than we’re accustomed to accessing; that the material conditions of life in America are constructed and maintained by those best set up to exploit them; and that the way we live is not inevitable at all.

Ask a Sane Person: Jia Tolentino on practicing the discipline of hope

Time is a circle: Black man in London is stopped by police and has his car window smashed… while coming home from a TV interview about police racism.

“History will always be haunted by the shadows of what might have been; this moment, though, brings the ghosts to the fore. What if Americans had been told to wear masks sooner? What if the police killings of American citizens hadn’t been captured on camera? What if Hillary Clinton had—? What if Donald Trump hadn’t—? What if, as a flurry of individual choices solidified into shared fates, things had gone just a little bit differently? Those are questions fit for fiction, until they aren’t.”
– Megan Garber, The Atlantic

“Americans Are Living in an Alternate History”

The story behind the '70s samizdat that launched late Soviet feminism.

“It has become clear, in these last decades of decadence, decline, towering institutional violence, and rampant bad taste, that American life is stuck somewhere inside the Paul Verhoeven cinematic universe.” People didn’t really get Starship Troopers when it came out. But, as with most Paul Verhoeven movies, as David Roth writes brilliantly in the New Yorker, society tragically tends to grow and distort itself until his vision fits painfully. See also, Hilary Mantel reviewing Robocop on original release, “either a fascistic blood-ballet or clean satirical fun”.

“They often seem like nice people who privately are doing terrible things to themselves.” So Lorrie Moore describes millennials in her absolutely off-the-hook NYRB “review” of Sally Rooney’s Normal People, and its quite lovely TV adaptation, which got a lot of people quite upset. Jonny Diamond, over at LitHub, got it about right when describing it as “ecstatic, intergenerational, theses-nailed-to-the-door” — ecstatic was the word we didn’t know we were reaching for. It seems like many of the folks who got the maddest were making the mistake of reading it straight, as opposed to the giddily silly, forceful, yet still affectionate provocation it clearly is?

At Rest of World, Danielle Mackey tracks the organised and systematic deployment of trolls in Ecuador, a practice pioneered by the former president Rafael Correa, who now appears to keep his own trolls on hand as something of a troublemaking standing army. Troll deployment, though, has become “democratized”, spreading to all sides, leading to a fundamental and perhaps irreversible reshaping of discourse: “While troll accounts strove to appear credible, ordinary citizens began adopting troll-like behaviour, mimicking the aggressive and violent language of bots.” This is perhaps best read in conjunction with John Herrman documenting how the social networks are finally beginning to ban extremist groups — Who Gets the Banhammer Now? — with a sharp reminder of the space between the “polite fiction” of how “community” is defined on these platforms, and what it actually means.

John Berger’s A Fortunate Man, in radio drama form. Look, just go spend an hour with Berger and a rural doctor and some quaint BBC radio production — we promise you won’t regret it. (It expires in a few days, though, hop to it.)


140: Spelunking in caves of irrationality


Who is the Future for?