Over at The Guardian, George Saunders is beautiful, profound and empathetic as ever, on the process of writing.

“I” might be a 19th-century Russian count, “you” a part-time Walmart clerk in 2017, in Boise, Idaho, but when you start crying at the end of my (Tolstoy’s) story “Master and Man”, you have proved that we have something in common, communicable across language and miles and time, and despite the fact that one of us is dead.

Uber, but for lung cancer. When actual solid business reporting, such as this great Bloomberg piece on Big Tobacco’s attempted tech pivots, becomes indistinguishable from bad 90s third-tier cyberpunk, we’re long past being in trouble. “In between heatsticks, you holster the cyberpipe in a mobile charger, a smooth, palm-size contraption that calls to mind a cigarette pack mated with a smartphone.”

Also in pivots—remember Kony 2012? Five years on, it turns out the wacky public breakdown wasn’t the end of that particular story. With Kony still at large, Invisible Children, as Foreign Policy report, have taken a dark, militarized turn.

Here’s Dan Egan for Nautilus on the profound devastation wrought in the Great Lakes by zebra mussels and other invasive species stowing away by ship while the Clean Water Act wasn’t looking. This is a brilliant forensic reconstruction of how mundane policy failure leads to ecological tragedy.

Good honest writer content: On occasion of her impending Amazon TV series, real estate mogul Chris Kraus interviewed on Kathy Acker, boyfriends and the fashion of publishing houses at SSENSE (yeah, the fashion people, and yeah, they do good content).

Facing down the threat of disruption, companies struggle to maintain the appearance of dynamic culture. How else to attract could-be savior executives? But rather than relying on the old myth of the creative genius, companies would be better to borrow strategies from today’s biggest artists. Their studios are built of diversely talented individuals, collaborating on distributed works whose scale transcends even that of the factory model. The irony is that these new artistic strategies aren’t born out of some bohemian collectivity; they’re from the risk-mitigation strategies of the corporate world. And so the managerial theatre of effectivity is converging with the artistic theatre of creativity. 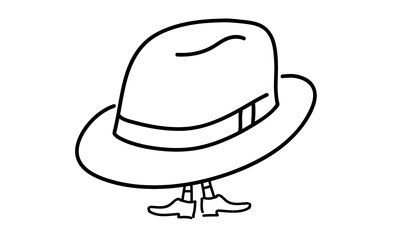