We feel a little mixed about Alexa Clay’s Aeon feature on intentional and utopian communities, and the reasons why they always seem to fall apart. Attempts to understand outsiders and misfits through a corpspeak business lens will always feel inherently icky and TEDlike. That said, this is a fascinating, comprehensive survey of what it takes to make life in these “shadow cultures” sustainable over generations.

Regardless of our suspicions, our appetite for communitarian living might even be evolutionarily hard-wired. Some sociologists have gone as far as to suggest that we are mal-adapted in modern society, and that ‘tribal’ forms of life are more viable. Theories of neo-tribalism suggest that instead of mass society, human nature is best suited to small, caring groups. The anthropologist Robin Dunbar at the University of Oxford claims that humans can comfortably maintain no more than 150 stable relationships, which suggests that communitarian living might not be so much of an ‘outlier’ or ‘experiment’. From an evolutionary perspective, modern society itself might be the anomaly.

Joseph Turow was in Toronto this week, speaking about how the data-driven future of retail is much like the earlier peddler era: characterized by obfuscation and discrimination under the guise of personalization. Consumers do not willingly provide personal data after a rational and informed cost-benefit analysis, as marketers claim. And they are no longer ignorant of issues of data privacy. These systems, the keynotes and Future of Retail reports tell us, rely on our active resignation.

The interests pushing for data-driven marketing run parallel to those working toward a cashless society. In Aeon (who are having a good week), Brett Scott laments the loss of “normal capitalism” and its human-scale imperfections, where one can at least find ways to live within the cracks. Cash has a deeper texture than plastic.

Your microbiome will become your personal pharmacy. Eventually it'll start selling you groceries.

At NewsWeek, Kevin Maney catalogues the vast sweep of Uber’s current woes and its magical-thinking investment model. It’s interesting to look at the nightmare from this utilitarian, bottom line-first angle, where Maney somehow sees the fall of junk-bond trading pioneers of the 1980s as a helpful and not morally loaded analogy. Point being, though: just because you were the first to jackboot your way into a new industry doesn’t mean you’ll be around to see the world you changed.

The New Food Economy is a great outlet we’ve recently discovered that quite smartly treads the muddy beat of farm and food politics with solid original reporting. This piece explores the conundrum of language choice in public health and food security in a painfully hyperpartisan world. When you’re working in communities that might want and need what you’re working for, you’re going to meet a lot of people who really don’t want to hear you use words like “sustainability” or “equity”.

She’s going to die. She says in a matter of days. But first, she wrote a most sweet dating profile for her husband and called it “You May Want To Marry My Husband”.

Beck, Kendrick Lamar and Tom Waits on the creative impulse. And why it matters a lot right now.

Reason isn’t a logical tool, but a social one. If you disagree, it might be because you didn’t write this. If you do agree, you can confirm your bias by reading Elizabeth Kolbert’s review of The Enigma of Reason and Denying to the Grave: Why We Ignore the Facts That Will Save Us. You may even share the piece, borrowing her expertise to signal your own complementary skills and value. After all, we live in a world of distributed knowledge and shared cognition… or is it mass confusion?

For The Point, John Palattella insightfully argues that looking to dead writers who supposedly predicted the rise of Trump is, well, beside the point: “The oracle is their echo chamber.”

I want to tell you what happened. I opened the envelope and it said “There’s no other email that’s as good as Buckslip. Tell your friends.” That's why I took such a long look at Faye and you. I wasn't trying to be funny. 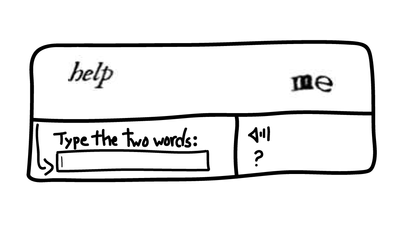