Donald touched the orb and Angela said Germany would have to go it alone. There was unspeakable horror in Manchester. A Republican won in Montana one day after bodyslamming a Guardian reporter. Google announced with glee that it could sell data on 70% of all physical credit card transactions to advertisers and Facebook’s moderation guidelines were leaked. Meanwhile, we got a big shiny coin stuck in Singapore’s Lamborghini vending machine. We shook it and a Maserati fell out instead. Eat our dust.

Medical assistance in dying has been legal here in Canada for a year now, but information and guidance for patients or families is desperately hard to come by. The legal taboo is broken, but the social and storytelling taboos are not. It takes a strong person to step forward in their most difficult moments and ask a reluctant doctor to open that door. It’s so refreshing, then, to read the frank, warm and celebratory story of Bill Shields and his doctor in the New York Times. Shields, who was guest of honour at his own wake, knew at the end that talking openly about this stuff can be a vital legacy in itself.

Having control over the terms of his death made him feel empowered over the disease rather than crippled by it, a common response among Dr. Green’s patients… She had presided over 35 deaths since the law passed, each intimately different from the next. One man got dressed in his amateur clown costume, complete with wig and red nose, and died telling her jokes. He had insisted on being alone in the room with her, but most of her patients died surrounded by loved ones. Many were too sick to devise elaborate rituals, but others had chosen the location, attendees, readings and music as if planning a wedding.

Elmo Keep – dear friend of Buckslip and one of our favourite writers on our beat even if she wasn’t – is always worth seeking out for her encounters with the outlier weirdos of modern tech. Here, speaking of mortality, she takes on Aubrey de Grey and the Silicon Valley anti-aging obsession for Smithsonian.

Normcore was not first, and gorpcore is not next, nor is it a political act. Too much fashion journalism is a back-and-forth between trendspotting, which flattens, and desperate but flimsy attempts to resuscitate meaning, mostly by way of the “overreaching journalistic impulse to attribute every micro-phenomenon to post-election malaise.”

If you can get past TED's persistent need to edify (yuck) this visual history of the concept of “goth” is siiiiick.

This Hollywood Reporter piece has the headline “How Radio Can Survive in an Era of Podcasts.” Misleading – it’s actually a report on how old beasts such as iHeartRadio (née Clear Channel) are struggling to escape debt and Wall Street indifference to carve out a stable future. Launching apps is not innovation – if they want to survive, iNoYouCan’tMakeMeSayThatNameTwice and the like should focus on embracing their great, and almost impossible to replicate, access to local markets – cast off the generic and make yourself matter to those who still tune in.

Pittsburgh feels used by Uber, which now has Toronto in its sights. Having caught the scent of “smart-city” blood, the rest of the tech industry is, of course, keen to join the frenzy. Cities are hardly prepared to withstand this assault of investment. Even academics, under the guise of futurism and foresight, propagate sycophantic industry puffery as they rush to join the winning side.

Here’s an article from Nature describing the latest developments and significant hurdles remaining for medical nanobots to make their way into our bodies. Mostly we share it for the animations of a laggard sperm donning a tiny nano-jetpack. Go you little Iron Man, you. Get it done.

A few weeks back, Nautilus published Cormac McCarthy’s meandering, lay-scientific musings on the viral origins of language. It was seductively written, of course, but, politely, a little off base. Less politely: all the pretty horseshit. This response by Julie Sedivy, an actual professional linguist, proves a much more interesting read than the instigating essay.

n+1 has two excellent looks at ideas of the left in modern electioneering this week – Owen Hatherley on Britain's era-defining political moments of the last half-century, and Grey Anderson with a forensic dissection of the politics that led to Macron's rise in France in "Joli Mai".

The great filmmaker Chris Marker was an artist who, in life, refused to be photographed or even use his real name – he believed that “were he and his work to appear together his death would ensue.” It makes sense, then, that the greatest possible remembrance of him is of the void where he once was – the space where he worked, where he is no longer present. A life is sometimes best told by the space left around it. The artist best told by his room.

Denis Johnson was a damn great writer. One of the best. When he dies this week at a too-young 67 (fuck cancer), he left at least three undeniable masterpieces with us (and the odd stoned shaggy dog of a novel that was nevertheless a pleasure). This remembrance in SFGate of “a writer who showed us a way through the wreckage” reminded us to remind you – pick up Train Dreams and read it out loud to somebody you love. You’ll notice the universe swiftly and precisely realign itself around you both – not much, but enough for you to notice.

Mr. Jackpots called to say “helloooo.” Can we turn this bottom bit into a Twin Peaks watching party? Invite all your friends. We’ll have the coffee on. 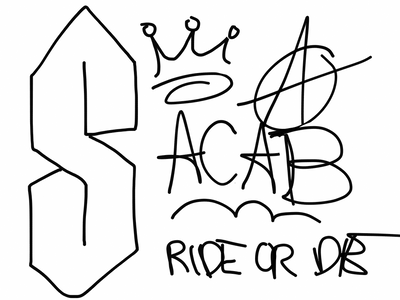