For Dissent, Gabriel Winant attempts to step outside of our current view of history and lay out what the modern working class actually looks like. His lens is America and its politics, but we suggest reading this piece from a step further back – the condition and the class he describes belong to the industrialized world as a whole, as does the struggle for a new generation to learn how to look at, and name, itself.

To imagine that we should look for “class” and see hard-hats mistakes a particular historical manifestation—the industrial working class—for a general category whose ranks are always changing. But while the idea of a new working class is not yet widely accepted, its distinguishing features are, on their own terms, familiar. We can reduce them down roughly to feminization, racial diversification, and increasing precarity: care work, immigrant work, low-wage work, and the gig economy. There’s also a host of interlinked forces shaping working-class life from outside the workplace: policing and punishment; housing insecurity; indebtedness; the costs of education; and the difficulties of caring for the young, the disabled, the sick, the addicted, and the old. A set of shared experiences coheres here, and a potential set of shared enemies: landlord, lender, bill collector, manager, cop.

The French girl trope. And how people like 60-year-old Seattle-based Kristeen Griffin-Grimes keep the illusion of her—ideal, effortless, and aspirational—alive and turning over the big bucks.

Somebody’s likely already shared this in your streams this week, but if you chose not to look at it because your interest in American football couldn’t be measured even with an electron microscope, it’s time to change your mind and read Jon Bois’ unhinged, batshit masterpiece “What football will look like in the future” over at SB Nation. If that’s the future of publishing, we’ll take it.

At least, we’ll definitely take it over the shitty snackable video we’re all probably fated to be producing for the rest of our days, or at least until advertisers move to the next quick trend and we pivot again next month. The centrifugal force generated by all the pivots in the last couple of weeks, most prominently at MTV News – a glorious failed experiment that, to us, never really felt right in its home, but amongst many other things gave us Brian Phillips’ beautiful longforms – has us sinking into a bout of industry melancholy that hurts ours guts. Meanwhile up here in Toronto, we’re still stuck back at pivoting away from tablet publishing, which is a nice, old-fashioned Canadian way of not dealing with everything collapsing around us.

(We do quite like Pierre Omidyar’s new bet on selling content and making bucks via beautiful long-form visual editorial – not snacks but complete nutritious meals – but we won’t bet the family start-up on it.)

Meantime, Soundcloud’s pivoting towards having no staff, business model or buyer. It’s a bold strategy. Hopefully somebody works something out before the entirety of the platform’s amazing and still vital mixtape culture is also pivoted towards 404s in the not-too-distant.

We’re going to keep this article handy as a cheat-sheet for quickly differentiating between“public intellectuals” and“thought leaders.” We’ve tried asking, but neither is keen to identify as such. Looking at them in action, however, offers clues to determining their individual type: The thought leader will be on-brand, echoing your instinct, teasing glimpses of a universal framework… but shop-talk is gauche, so you’ll have to take what crumbs you can get, seminar-to-seminar, function-to-function, paid-contract-to-paid-contract.

So the ideas industry consolidates under the thought leaders. They, in turn, kick away the ladder by encouraging their plutocratic patrons to usher in the age of automation, eliminating jobs in as many other industries as possible. What option do you have but to realize the value of your emotional labour?

If we’re going to be stuck in never-ending protest for years to come, then perhaps, as Gina Ford and Martin Zogran argue over at ArchDaily (we think without tongues in cheeks), the mundane realities of the protest march will need to become integral parts of our civic design – think more comfortable inclines, good shade for shouting under (if you have to use your “Mike Pence Likes Nickelback” sign for shade, nobody’s going to be able to snap and share it, and then how will you go viral?), and… umm.. sensors and visualization tech? Somehow this kind of well-intended design speculation feels more dystopian to us than all those urban myths back at our brutalist early-70s-built universities about sniper towers on the library roof.

A couple months back, we made the bold claim that David Lynch returning to Twin Peaks couldn’t possibly do to television what it did last time round. We underestimated him. By taking the medium and stretching it past its limits, testing patience, tolerance and sanity in the service of the most Lynchian creation possible, he has also stretched TV recap culture – long atrophied from its mid-aughts Television Without Pity peak – to its own breaking point. Reading once-dominant TV recappers try, and fail, to fit the thing into their paradigms has been a damn fine cup of coffee indeed. Recaps were once the hub for a form of communal watching that grew out of the early online fora for shows such as, well, Twin Peaks, but most have become a lazy, click-grabbing mode of watching through a lens of existing expectations. It’s not review. It’s not criticism. It’s just… there. And we can’t seem to wean ourselves off? Recap culture is ready to be blown up once and for all. It was always going to be Lynch that dropped the bomb, wasn’t it?

Muzzle is an app that silences embarrassing notifications while sharing screens. The utility is slight, but god damn if this isn’t enjoyable marketing.

We took a little break without telling you! There were national birthdays and mountains to climb. We were going to send a little thing, but everything got too chill. Anyhow, we missed you.

Invite your friends and tell them what a reliable and regular schedule we publish on, won’t you? 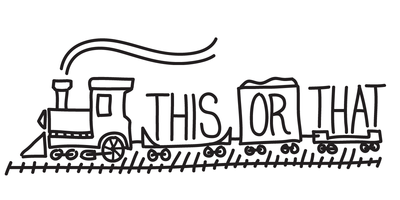 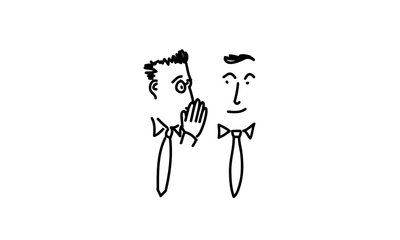