This week, Beyoncé’s twins. We saw them. Trump went to France. Apparently with the express goal to make Brigitte squirm. Don Jr got airtime. People rallied in Istanbul. A Delaware-sized iceberg broke away. NASA admitted the journey to Mars is as good as dead. The Vatican outlawed GF bread. China outlawed Winnie the Pooh. And Kendrick Lamar went on tour, sat down, was humble.

Yo, Game of Thrones is on. Stop reading this immediately!

How being held accountable can wind up feeling more like being held underwater. But still, somehow, holding our breath feels like our best option. For NYT, Mary Laura Philpott shares "[Her] Adventures in Accountability".

As it is, I find I can clear the bar for only one accountability group at a time. As an approval-seeking person, I always want a gold star. But to achieve one thing generally means letting go of another. I can write, but only — as they say — by putting my butt in the chair. If my butt is in the chair, my butt is not outside walking. I skip checking in with my hiking buddies on those days, but not because I want to hide from them. It’s just that I’m already a little downtrodden from having to report to my healthy eating group: “Unwrapped seven slices of American cheese for lunch.”

David Wallace-Wells’ “The Uninhabitable Earth”—published in New York this week—is a brutally frank vision of what climate change could realistically do to us and our planet this century. It is deliberate shock-and-awe journalism, and rightly terrifying – too much so, said many critics. Not us. But we do particularly appreciate this follow-up annotated version of the story, which parses the facts and the science, responds to criticism, and justifies the harsh tokes in an interactive manner that shows what online longform science reporting can and should be. Wallace-Wells acknowledges the “risks of terrifying or depressing readers so much they disengage from the issue”, but doubles down on the reality. “I don’t even understand what ‘too scared’ would mean. The science says climate change threatens nearly every aspect of human life on this planet, and that inaction will hasten the problems. In that context, I don’t think it’s a slur to call an article, or its writer, alarmist. I’ll accept that characterization. We should be alarmed.”

Of course, for some, climate meltdown is simply a design opportunity.

You didn’t know you needed it until this very moment: all the in-store playlists from The Gap, 1992-2006.

In Justin Trudeau’s Canada, any social issue presents an opportunity for sock diplomacy. Sam Kriss has figured out in which direction our new diplomacy is going—where “every evil must have its own sock”. And it’s a beautiful nightmare.

As MTV News implodes, Amanda Petrusich reflects on her craft of criticism, and the constructive tension between creator and critic. We’ve linked to her writing before, drawn by her ability to balance trenchant analysis with a warm tone and accessible style. But even such a deft touch might not be enough to ensure the place of critics within the mainstream press, as it hurries to accommodate sponsored content and appease the whims of celebrity image management.

Amazon is coming for every sector of retail. After big moves in grocery and media—the two largest consumer sectors in the US—they’re capable of anything. Fashion is next but other sectors should brace themselves now—not wait for industry publications to issue warnings. Amazon’s pace will only increase. It’s out in the open now, beyond the smokescreen of digital disruption that Google and Facebook rely on to avoid regulators.

Syd Barrett’s dryly funny “Effervescing Elephant” from 1970, set to a great new animation by Yoann Hervo, is all you need to know about the reliability of prophecies.

The realm of speculative design fiction has never really been about being right about the future— any useful futurism should always be about figuring out what we’re meant to be doing right now. Stuart Candy and Kelly Kornet’s new “Field Guide to Ethnographic Experiential Futures” lays out a pretty interesting and almost tangible framework for the field, attempting to playfully incorporate our speculation, fears and visions of the future into something practical on civic, organizational or individual levels.

One for the design punks in the audience: Toronto’s A-B-Z-TXT school is happening again this August. Though A-B-Z’s lens is typography, as co-instigator Michèle Champagne lays out in Eye, it’s really an interrogation of the politics, technology and poetics of design practice, meant to shake up disciplinary boundaries and creative stagnation. Patrick spoke at this last year and had a blast. Participation is limited to a small gang, by application. Deadline is July 21. 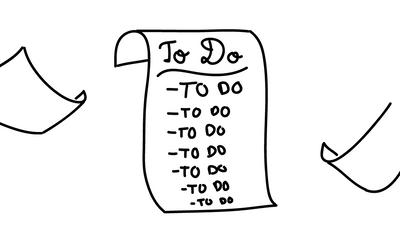 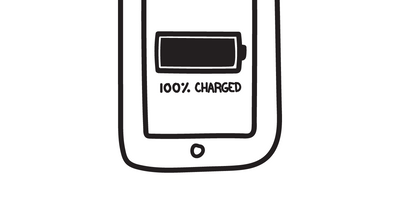