This week, blustering threats of nuclear war and actual murdering Nazis. Canadian and US diplomats in Cuba suffered hearing loss after an apparent attack by a sonic weapon. Next week, a total eclipse. At a Melbourne beach, a swarm of sea fleas developed a taste for human flesh. Melbourne’s where we’re supposed to go to survive all this. Happy August, y’all! 😎

For Aeon, Eric Schitzgebel writes towards a philosophical theory of the jerk. The jerk exists distinctly from the narcisissist and the psychopath, he argues. He’s different even to the asshole.  You know him. You’ve worked for him. You’ve been stuck in a line behind him. Heck, you might even be him.

All normal jerks distribute their jerkishness mostly down the social hierarchy, and to anonymous strangers. Waitresses, students, clerks, strangers on the road – these are the unfortunates who bear the brunt of it. With a modicum of self-control, the jerk, though he implicitly or explicitly regards himself as more important than most of the people around him, recognises that the perspectives of those above him in the hierarchy also deserve some consideration… However it comes about, the classic jerk kisses up and kicks down. The company CEO rarely knows who the jerks are, though it’s no great mystery among the secretaries.

Ball is in your court.

As told by its former editor Franklin Foer, the New Republic’s collapse is a microcosm of the media industry being swallowed whole by Silicon Valley. The omnipresence of analytics dashboards ensured that even the most resistant journalists internalized the ideology of data. By diluting individual perspectives, they ultimately achieved a form of commoditized growth far from what they may have once idealized.

So the media industry resembles the finance industry—analytics themselves have become the commodity, shaping the industry in their image. As if on cue, the Atlantic recommendation engine serves up this story about the evils / populist victory of index funds.

Related: The Arcade Fire put out a (sadly wretched) new album and it seemed like almost nobody cared. And yet, eyebrow-raisingly, despite zero cultural penetration other than pissing people off with a deliberately obnoxious marketing strategy, it ended up as number one album on the Billboard chart. The Outline take a short, interesting look at exactly how that happened—a dash of system gaming, a dash of an industry still clinging to metrics that simply don’t reflect how people listen.

The final collapse of Soundcloud can’t be too far away now. They’re not going to find a business model, so maybe it’s time for something radical? Mat Dryhurst has a pretty wild idea that there might be a collectivist future for the platform based on blockchain. This seems way too technically complex and (he admits) utopian to actually work, but as he lays out in this explainer interview with The Wire, the point is that independent musicians can’t keep waiting for others to try building the systems that will liberate them: “these shifts are going to happen irrespective of our involvement, and so would rather that people in our neck of the woods started grappling with the situation early than find themselves underrepresented again once the cards get dealt in this new ecosystem.”

And right on cue, here’s McKinsey showing up with a report on blockchain in creative industries, ready to get dealing.

In The Guardian, Bee Wilson writes what may be the definitive takedown of the“clean eating” movement and the influencers driving people to orthorexia peddling what she calls “a dysfunctional response to a still more dysfunctional food supply: a dream of purity in a toxic world.”

When companies have been willing to turn to science fiction to imagine the dystopian futures they’ll need to operate in (this classic Audi confab with some good friends of this newsletter being case in point), some pretty interesting results can emerge—not for specific prediction of future trends, but just to shake up complacent thinking. But when you industrialise that—as this weirdly fascinating New Yorker profile of corporate sci-fi factory SciFutures shows—the result is bad writing and a level of imagination worthy, maybe, of your boss’s worst powerpoint deck. Is there a middle ground for this stuff?

Two geckos were found in a can of Heineken. As well as making the poor beer drinker wretched sick, New Food Economy think those geckos might just be a symptom of surreptitious globalization. Meanwhile, Eater are also big on the vital food investigations this week, tracing the secret brand origins of all those cheap Trader Joe’s products by following the regulatory paperwork trails. We email makers on a tight budget really want a nice searchable database of this stuff.

When the bomb hits and you’re vigorously scrubbing off the nuclear fallout in your shower, just remember this: whatever happens, don’t use conditioner.

A total eclipse is passing over North America next weekend. To coincide, The Atlantic have republished Annie Dillard’s 1982 essay “Total Eclipse”, simply one of the most staggering pieces of literary non-fiction ever set to page. Just spend the rest of your day reading it, please. After this horrible week, you’ve earned it.

Hey, if you’ve been appreciating the stuff we’ve been bringing you here, would you mind sharing Buckslip with a few people you trust? We're feeling this rather urgent need to gather the good ones close. 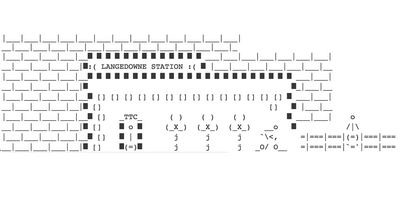 
036: All that delicious, soothing nothing 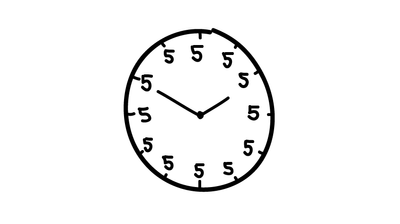