Paul Ford on our social avatars and their slow, deliberate aging – the networks themselves are unlikely to ever figure out how to age along with you.

Normally, the way my brain works, I’d simply see those avatars change and think about how the Internet constantly brings us closer to death, then leave it at that. But oddly I truly enjoy witnessing the process of avatar aging. There’s always the tiny moment of shock as you see a proto-jowl where before there was smooth skin. Whoa! But I haven’t seen them in years! That’s what happens. The dyed orange hair is brown, or the bushy natural do is replaced by a shiny bald head… Social networks don’t solve for aging. But I’ve got 20 years of email secured away, I’ve been on LinkedIn almost 15 years (5,376 days that I feel in my bones), and I’ve been part of Twitter for over 5 million Twitter years. I have lifelong relationships with Apple, Microsoft, and Adobe. None of these big platforms seem to understand that I’m not 25.

No bullshit, built to last: why 1990s-era Nissan Micras are the taxi of choice in Ibadan, Nigeria.

“Worst Roommate Ever,” a long reported piece from William Brennan in New York, isn’t what you think it is. As a reader, you’re a frog in water on its way to boiling – you start out thinking you’re reading a quirky piece about a terrible, manipulative roommate, and then, slowly, slowly, the heat rises, and it’s too late. This twists to brutal, tragic places in a manner that, in terms of pure reading experience, we haven’t been able to shake all week.

While it may be sexier to future-cast robo-rights and AI autonomy, Dirty Money looks at the semi-autonomous extensions of humanity already augmenting our world: corporations. Like artificial intelligence, corporations institutionalize otherwise forgivable human flaws, amplifying them beyond the scale at which human integrity can be maintained. The stories told in Dirty Money are as varied as those in Black Mirror, and the characters are just as striking, multidimensional and—until the inevitable Trump episode—sympathetic.

The dangerously sensible Thomas Hale, at FT’s Alphaville, takes on the misleading language used to discuss why millennials can’t save money, when those who are “normal at saving, but very good at receiving” are too easily held up as some kind of model against the failures of those trying to figure out the rigged game. “The English Language itself,” he writes, “has conspired against the asset-less young.” (As always with FT, if you don’t want to register, just, umm, maybe Google the headline? But you should register.)

“What went wrong at Newsweek”? Oh man, so much. One small tip (for us to remember as much as you): when terrible leadership decisions and expectations are backed only with a barked “it’s like this everywhere,” nothing’s going to end well. And if you’re a woman, and they’re talking about your salary, you don’t need this excellent reporting from Bloomberg on Barclays to call them out, but it sure does give you ammunition.

Language and marginalization: a never-ending love story. Stephanie Golden on the gender-neutral pronoun wars and the wars we forgot before. “We will get comfortable with singular ‘they,’ much as, centuries ago, people adapted to singular ‘you’ as ‘thee’ fell out of use.” I mean, great point.

“A Biohacker Regrets Publicly Injecting Himself With CRISPR.”

"sooo is anyone else loving these Buckslips or is it just me..."

It's not just you, Kylie. But tweet us some love nonetheless. 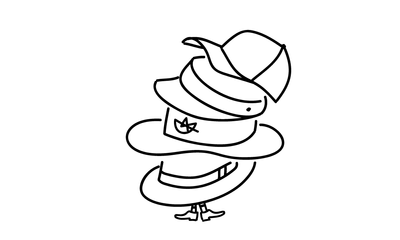 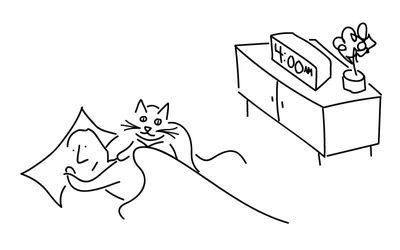