This week, Korea, Cosby, and Macron came over for dinner.

We’ll always link to appreciations of O.G. icon designer Susan Kare, because she just always has been and always will be the best. If you don’t yet know why, here’s a new one from The New Yorker.

The misogynist, murderous rage of the incel community hit our home city in the most horrifying manner this week, courtesy of Alek Minassian and his rental van. For those who never knew they were going to need to know about Chads and Staceys, this has meant lots of explainers hitting the mainstream press (including this pretty good one from The Globe & Mail), while our most wretched conservative columnists still, insanely, long for the comfort and knowability of jihad. But here’s what those conservative pundits miss, as they so often do when it’s a white man behind the wheel: as David Futrelle, one of the most relentless writers on this toxic beat, lays out at The Cut, just because the attack wasn’t the doing of ISIS doesn’t mean it wasn’t the product of extremely dangerous cultlike ideology.

Meanwhile: “the purpose of males has instead become one of the biggest unanswered questions in science.”

Consumerization has given new life to age-old surveillance tech. We’re not talking about Facebook, but GEDmatch—a consumer-oriented genetic testing service that was used to identify a serial murderer-rapist who had eluded authorities for decades. The Golden State Killer hadn’t used the service himself, but the database narrowed the search to a sufficiently specific branch of his family tree. Yay justice, but some are raising concerns such ancestry tools have fewer protections than criminal databases.

In Thomas White’s rundown of Hannah Arendt’s “Banality of Evil” thesis for Aeon—in which Arendt famously and controversially characterizes the Nazi Adolf Eichmann, not as a diabolically evil monster, but as an ordinary and bland bureaucrat, however culpable—little effort is made to give Arendt’s thesis the charitable reading it still so seldom receives. Arendt’s refusal to take the easy thought-path of demonization confronts us with the truly horrifying fact that Eichmann’s actions weren’t alien to our nature, but all too human. And in this Buckslipper’s opinion, what Arendt has in mind here is that when it comes to evil, too much attention is placed on the individual’s cartoonishly nefarious “bad guy” intentions, and too little on the larger social, ideological, and systemic forces that bring human beings into such terrifying relations and dramas—forces we are duty-bound to call out and fight. Unlike the devil, what Eichmann thought he was doing was good, and that is the true source of horror.

This is a great profile of Liz Harris, whose “echoey, unverifiable, distance-haunted” music as Grouper (new 22-minute-long album out now!) is absolutely the best soundtrack for just sitting still with the world during weeks like this.

Um, sleep tight? This is our website if you fancy sharing it. 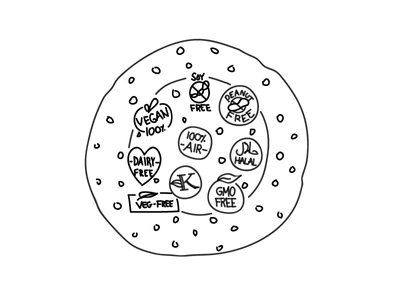