At The Verge, Sarah Jeong unlocks a way of talking about Facebook that’s spot on, and so often missed—it’s become a replacement for the hard and valuable emotional labour that previous generations were required to do in so many other ways. It took something hard and boring, and made even the thought of it entirely disappear. However we let it happen, saying we should delete it is akin to saying we should delete how we live. It’s a good idea, but it’s not a solution. Where we might find that solution, she suggests and we think we agree, is in the conversation happening a layer deeper, and less trackable, as we hop between various less trackable messaging apps.

Facebook had replaced much of the emotional labor of social networking that consumed previous generations. We have forgotten (or perhaps never noticed) how many hours our parents spent keeping their address books up to date, knocking on doors to make sure everyone in the neighborhood was invited to the weekend BBQ, doing the rounds of phone calls with relatives, clipping out interesting newspaper articles and mailing them to a friend, putting together the cards for Valentine’s Day, Easter, Christmas, and more. We don’t think about what it’s like to carefully file business cards alphabetically in a Rolodex. People spent a lot of time on these sorts of things, once, because the less of that work you did, the less of a social network you had.

One side effect of our lately weird winters is that, increasingly, bears just can’t get to sleep. And like all of us when we’re fighting insomnia at 4 in the morning, they need snacks: According to a report filed with the department, the resident “found her kitchen door open and wet paw prints entering the house, going around the kitchen table and to the pantry door where the bear took a package of macaroni and a bag of Cheetos and exited.”

And here’s your second creature feature from the dusty, dusty wheatbelt of Australia’s south west: The life story of 16, who was the world’s oldest known spider, and the zoologist in her late 80s who watched over her nest for more than 40 years.

Thirdly: how to kill a fish.

Speaking of paywalls (but not of underpaid writers), it’s not often we can say we agree with Felix Salmon these days, but his critique of the impending Bloomberg paywall is spot on.

Wholesome internet: the NYT on the “pirate radio station” live streams that are probably the best YouTube subculture. So much good earnest chill here. So many studying anime kids, too.

The Warby Parker of erectile dysfunction. Tom Foster on the boom and bust of the direct-to-consumer revolution.

Final animal content for the week: Naomi Harris (who we’ve been lucky enough to work with in the past) photographs Instagram celebrity pets in the drama-and-shadow style of classic 1930s Hollywood portraits. Think doggy Dietrich.

Springtime! Wild things tweeting and blooming! Wild winds destroying our roofs! We thought about a GoFundMe but instead—as John covers his home in tarp while waiting for his landlord to do something about it—perhaps you could lift his spirits by telling some more people about us? 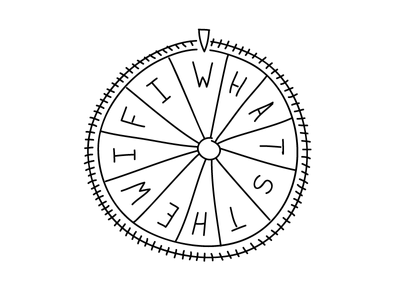