Trudge your way through the swamp of clunky futurist fiction that opens this Wilson Quarterly piece by John C. Havens and you’ll arrive at a well-considered musing on what “human sustainability”, and mental health, might look like in an inevitably AI-heavy near future.The greatest threat that humanity faces from artificial intelligence is not killer robots, but rather, our lack of willingness to analyze, name, and live to the values we want society to have today. Reductionism denies not only the specific values that individuals hold, but erodes humanity's ability to identify and build upon them in aggregate for our collective future. Our primary challenge today is determining what a human is worth… Genuine prosperity means prioritizing people and planet at the same level as financial profit. Human sustainability relies on the equal distribution of AI's benefits in a world of transparency and consent… Before algorithms make all our decisions – while we remain – the question we have to ask ourselves is: How will machines know what we value if we don't know ourselves?

ThingsBuckslip is a social practice, through which we engage with unknowable complex forces that determine our plausible futures. But what isn't nowadays? As much as we love reading and thinking about complexity, knowledge, and the future, sometime it feels like the whole scene is a bit pedantic. Geez, just be. Then we're drawn back in by the possibility that the more humane voices in these conversations might recognize the value of engagement, practice, and humility, and so we keep the cycle going with another Buckslip letter.  Every year, a certain $$$ corner of the tech world goes crazy for Mary Meeker’s 300-page powerpoint deck on internet trends, packed with slides set in default font containing wisdom such as “Internet Usage… How Much = Too Much? Depends How Time is Spent.” It’s worth spending time with Meeker’s latest slides, not necessarily for any great or radical insights, but because what Meeker says moves markets, marketing, and investment in ways that are very real. Or you could just skip it and read Recode’s summary—those bullets are the ones that will be brought up in meetings anyway. Counterpoint to last week’s throwaway razzing of dorky scooter sharing schemes, via the always-great Robinson Meyer: Unfortunately, the Electric Scooters Are Fantastic. “It didn’t occur to either of us that what you would be and what you would do to make a living could be separate, or the same thing, or some nebulous combination of the two.” What’s the most shocking aspect of this otherwise straightforward publishing biz story? The fact that, with its ownership of Audible “Amazon’s position in the digital audio market is even more dominant and unshakable than its position was in the e-book market,” or that star nonfiction writer Michael Lewis is pictured on (at?) a treadmill desk? Truth really is stranger than fiction. “Everything I Need to Know About Commodity Fetishism I Learned from Phil Elverum.” Patti Smith on Insta. Departure melodies, life-saving blue panels, and, um, ultrasonic teen deterrents—Nudge theory at work inside Tokyo’s train stations. 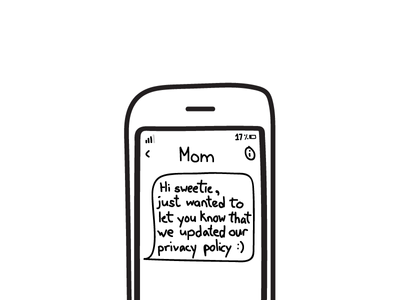