The always-worth-reading Ava Kofman makes her debut at the NY Times Magazine with a fantastic, very long profile of the philosopher Bruno Latour. Science, for Latour, isn’t a conduit of pristine, shining truths, but a product of labour and social conditions just like any other form of knowledge, or, well, any kind of work. What we know is shaped by how we come to know it. This often misunderstood argument, according to Kofman, didn’t so much lay the foundation for our current landscape of denialism and post-truthiness, as many have accused him and the rest of the postmodernists of, but rather offered the tools for understanding and resisting it.

Latour believes that if scientists were transparent about how science really functions — as a process in which people, politics, institutions, peer review and so forth all play their parts — they would be in a stronger position to convince people of their claims. Climatologists, he says, must recognize that, as nature’s designated representatives, they have always been political actors, and that they are now combatants in a war whose outcome will have planetary ramifications. We would be in a much better situation, he has told scientists, if they stopped pretending that “the others” — the climate-change deniers — “are the ones engaged in politics and that you are engaged ‘only in science.’ ”

(For some hope: as Kofman astutely points out, the tone of the most recent IPCC report may just be a sign of influential scientists beginning to realize what to do with that challenge.)

ThingsThis report on sand mining in Mozambique for raw materials in China let us back to this great little Quartz “Obsession” piece from last year on the politics and dangerously imagined abundance of sand. More sand content please.

If you are or have ever been stuck in some flavour of corporate cubicle life where terrible HR practices and bad management speak have made your nights sleepless and sweat-drenched, the WSJ’s expose (or, ummm, “sunshining”) of the dark management monsters “unencumbered by emotion” stalking the hallways of Netflix should make for delicious, horrifying Halloween reading. We’ve heard a lot in the past about their ruthless firing practices, but this is next level. Like the best horror, it’ll make you feel better about your own personal hells. [As ever with the WSJ, the article is paywalled but just Google the headline and it should let you read the whole thing at least once.]

Today Brazil goes to the polls for what seems almost sure to be an embrace of dangerously homophobic strongman populism under Jair Bolsonaro. If you want a sense of what that’s going to mean for anybody who’s gay in the country, this deeply personal reflection by musician Bruno Capinan is just a little heartbreaking.

We don’t say often enough just how good The Players’ Tribune can be, but if you need to be convinced, let Darius Miles and his interjecting editor Q take you “back to when the NBA was still the NBA. Way back when I had the pager with the two-way alert" for the wildly fun and surprisingly gripping read that is “What the Hell Happened to Darius Miles?”.

The Canadian stereotype of politeness is nowhere more true than in our news. TV anchors everywhere have dumb grins and cheerful attitudes, but even our national news magazines seem to beam with pride for the honour of transmitting important news from important people. Why does Toronto society have such an effect on our media? It is because it seems so attainable? In any case, it’s a relief to read the (American magazine) Businessweek’s cover story on the suspicious death of Toronto billionaires Barry and Honey Sherman. Native Torontonian Matthew Campbell takes a deep-dive into Canada’s underbelly of generic pharmaceuticals, multi-level marketing, and Cheetah Power Surge energy drink. Finally, a piece that goes beyond the empty police statements, and avoids sinking into reverence for the family’s philanthropy or sycophancy for the Canadian elite.

And not speaking at all of Toronto politeness, we still haven’t read the definitive article on what the hell’s going on at Deciem — could somebody please write this crazy story so that we can share it?

Why bother with the messy business of business when you can win the lottery and become a billionaire with the full blessing of the state, with all the pomp of a traffic report on the morning news. Although, apparently, it’s “a terrible time to win $1.5 billion” so, y’know, don’t feel so bad.

Graphed: “Yearly frequency of colons in titles of academic articles within literary studies.”

How Kit Kats rose to the top of the Japanese candy pile. Break me off a piece of that. 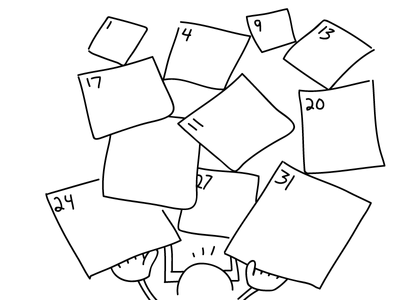 
084: Everything above the neck 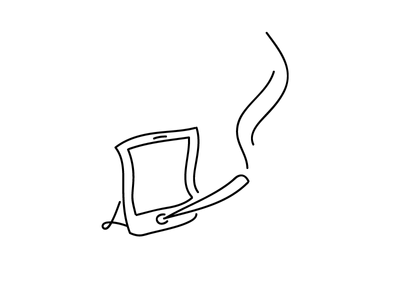