For a while now, Craig Mod has been one of the most insightful thinkers around the form and experience of publishing and reading, and how evolving technology both promises and fails to change these. His new essay for Wired is his most ambitious work on this in some time, attempting to answer the question of what happened to our dreams of the “future book” now that the hype around ebooks and tablet publishing has settled like dust on so many rarely-used tablets. Mod’s argument is that we did get a revolution, just maybe not the one the past futurists and dreamers thought we might.

Yet here’s the surprise: We were looking for the Future Book in the wrong place. It’s not the form, necessarily, that needed to evolve—I think we can agree that, in an age of infinite distraction, one of the strongest assets of a “book” as a book is its singular, sustained, distraction-free, blissfully immutable voice. Instead, technology changed everything that enables a book, fomenting a quiet revolution. Funding, printing, fulfillment, community-building—everything leading up to and supporting a book has shifted meaningfully, even if the containers haven’t. Perhaps the form and interactivity of what we consider a “standard book” will change in the future, as screens become as cheap and durable as paper. But the books made today, held in our hands, digital or print, are Future Books, unfuturistic and inert may they seem.

Something about this (very good) piece nags at us though. In his celebration of crowdfunding and the rise of the newsletter – amongst other things – as newly emerged aspects of the fragmented identity of the book, there’s something in there missing about the endangered publishing ecosystem of editors, and, well, readers that we’d like to dig into a little more. And Tim Carmody’s equally appreciative response to the piece struck as just as important, arguing for a renewed focus on libraries and the networked commons:

What he’s describing is the present book. The present book is an instantiation of the future book, in St. Augustine’s sense of the interconnectedness and unreality of the past, future, and eternity in the ephemerality of the present, sure. But what motivated discussions of the future book throughout the 20th and in the early 21st century was the animating force of the idea that the book had a future that was different from the present, whose seeds we could locate in the present but whose tree was yet to flourish. Craig Mod gives us a mature forest and says, “behold, the future.” But the present state of the book and discussions around the book feel as if that future has been foreclosed on; that all the moves that were left to be made have already been made, with Amazon the dominant inertial force locking the entire ecosystem into place.

Whether future book or present book, here’s a nutso spreadsheet you can use to track your battles with them in 2019.

The Canadian Centre for Architecture dive into the “happiness industry”, looking at how the very definition of happiness has been mutated and augmented by all that data, and the rise of the “serenity economy” alongside. Meanwhile, it’s time for Mindfulmania 2018: Headspace take on Calm in a cage match to the calm, soothingly voiced death!

In the ashes of the wildfires, Geoff Manaugh attempts to understand Los Angeles through the eyes of a professional safecracker. Not sure how well he succeeds at that impossible task, but it’s a great read nonetheless.

Kashmir Hill remains one of the most useful and least breathless of those on the Facebook data beat, so maybe read her before you read some of the hotter takes.

$1 Billion dollar startup valuations used to be rare enough that the adoption of the term “Unicorn” seemed to fit. Perhaps we should have opted for a lesser mythical creature, because now “Deca-corn” is sometimes used to identify $10+ Billion startups. As the numbers continue to climb, perhaps we have a chance to start over if, instead of multi-corn startups, we adopt geological or climate-related nomenclature for funding rounds, which themselves are now reaching reaching $1 Billion (superstorm Swiggy, a food delivery service, and Quibi, a pre-launch short-form media studio) and even $10+ Billion (hurricane Juul). Whereas unicorns rely on our belief and appear in our dreams, this investment activity is an indifferent force, and it is us who exist at its mercy.

If you haven’t yet listened to the phenomenal new remasters of Kate Bush’s discography that came out last month, perhaps this Margaret Talbot appreciation will inspire you, even if her younger self was so horribly bad and wrong at life that she never listened to the flipside of Hounds of Love. Regardless, it’s the holidays – you should be lazily listening to Kate as much as you possibly can. 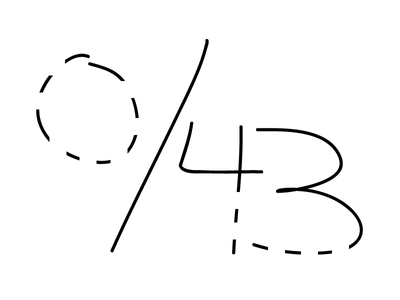