​​At Edge, George Dyson was invited to write a New Year’s Day thinkpiece on the current state of technology. Invoking Arthur C Clarke’s Childhood’s End, he argues that we’re at a point where the systems we have built have moved beyond the programmable and digital into a new, unmanageable, and, well, analogue, age. This isn’t just rote Skynet stuff – at Vanity Fair, Nick Bilton does a good job of placing Dyson’s piece within a decades-long context of evolving thought on the ever-more complex algorithms in charge of our lives.
​​
​​The genius — sometimes deliberate, sometimes accidental — of the enterprises now on such a steep ascent is that they have found their way through the looking-glass and emerged as something else. Their models are no longer models. The search engine is no longer a model of human knowledge, it is human knowledge. What began as a mapping of human meaning now defines human meaning, and has begun to control, rather than simply catalog or index, human thought. No one is at the controls. If enough drivers subscribe to a real-time map, traffic is controlled, with no central model except the traffic itself. The successful social network is no longer a model of the social graph, it is the social graph. This is why it is a winner-take-all game. Governments, with an allegiance to antiquated models and control systems, are being left behind.

Things​​Before we forget what it sounds like, and before climate change alters the soundscape for good, just listen to one of the last recorded howls of Yellowstone’s most famous wolf and her pack, and maybe just hang onto that sound throughout whatever this year brings?
​​
We’ve linked many times to Michael Hobbes’ great reporting at Highline, but we’d never bothered to listen to You’re Wrong About…, his podcast with Sarah Marshall, mostly because it’s a fixed and true fact that the world doesn’t need even one more discussion-based explainer/mythbusting podcast. And yet maybe it does! This “true crime podcast where the crime is always capitalism” is genuinely a lot of fun, laying out deeply researched, tangled realities, not just “woahhh” moments of revelation. Its latest episode, about the Challenger space shuttle disaster, is more about the pathologies of bureaucracy, org charts and risk management than it is about a single failed O ring. You’re going to have to wade through a lot of content about space travel in this, the 50th anniversary of the last time we did something interesting up there other than lipsync Space Oddity, so this one is a great primer for the unromantic, still wildly insane reality of how we break out of our atmosphere.

​​Speaking of the pathologies of bureaucracy, we want to read Dying for a Paycheck, Stanford prof Jeffrey Pfeffer’s attempted “Silent Spring of workplace health.” Cheer-up book #1 on the January list, to be read in conjunction with this great (if somewhat class-blind) piece on the systemic causes of millennial burnout and anxiety by Anne Helen Peterson that’s doing the rounds this week.
​​
​​Should we confront hard truths or indulge in simple pleasures? Which is more responsible and which is kinder? Which should we do together and which are best done in private? Vox Lux poses these questions through the story of a pop star who’s at once shaped by, blamed for, shouldering, perpetuating, and soothing our collective trauma. The reviews are lukewarm because there are some unsettling and odd moments, but its unevenness is borne from the fact that the film does not ask these questions rhetorically or as a proof for some tight thesis, but honestly and urgently, as if the film itself hangs in an indeterminate state and could take different shape based on the answers.

​​Brady Corbet, the writer/director of Vox Lux, admits a tendency for melodrama that verges on baroque—“the film protests these things by being these things.” Meanwhile, The Favourite goes beyond baroque to depict Queen Anne herself binge eating cake. Metaphors aren’t necessary to connect that era to our own—gout is making a comeback.
​​
​​The movie biz has survived and even thrived through economic downturns because it offers cheap escape—not just in the form of entertainment, but as a reprieve from phones, eye contact, and daylight. This may not be the glamour we’re sold, but in this sense cinemas can be compared to cigarettes and lottery tickets. So perhaps it’s unwise for them to invest in bells-and-whistles—reclining or rumbling seats, in-seat food service, and reserved seating—which force ticket prices high enough for moviegoing to be considered a luxury. In the next downturn, will Netflix replace cinemas as the most accessible and enduring escape, or does escape require first leaving the house? Will Netflix prove to be even more resilient because it’s not enmeshed in an unwieldy media conglomerate, or will the collapse of its tech-justified valuation send us scurrying back to the cinemas?

​​The scientists propose a new model with dark energy and our Universe riding on an expanding bubble in an extra dimension. The whole Universe is accommodated on the edge of this expanding bubble.
​​
​​Big punk data is the best big data – the history of Fugazi, visualized and charted in ridiculous, not-so-punk detail.
​​
​​Late last year, a few international development experts surveyed the blockchain startups in their field, and unsurprisingly found that… well… there wasn’t a lot of there there. As they charitably put it, “despite all the hype about how blockchain will bring unheralded transparency to processes and operations in low-trust environments, the industry is itself opaque.” As Futurism less charitably put it in their report on the report, “out of 43 blockchain startups, zero have delivered products.”

Please support us on Patreon, or introduce us to a couple of your friends. 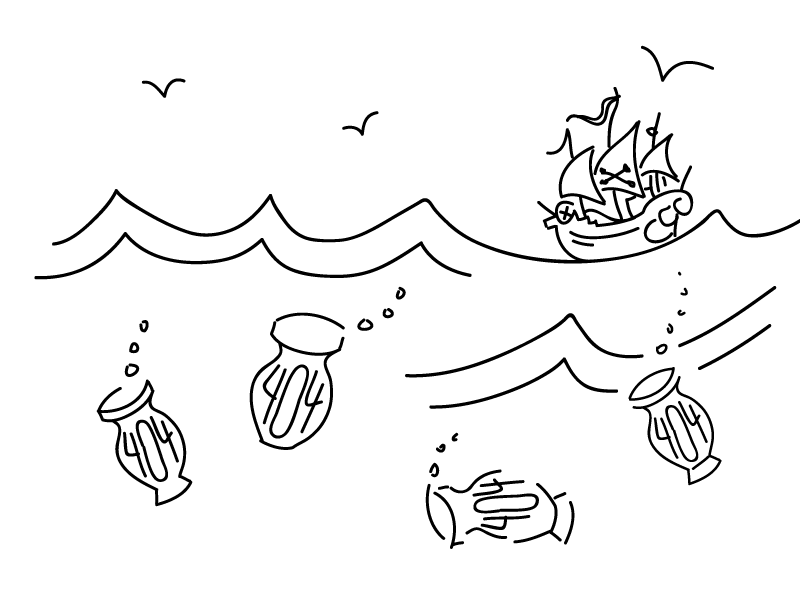 
092: A predictable repetition of an existing form