112: A prescient bit of parody

“What an astonishing, disquieting time to be a working person,” Vauhini Vara writes to open her epic Bloomberg Businessweek project “New Workers of the World”. Vara travels the globe to document ten stories of millennials navigating various forms of labour both old (street vendors, seamstresses) and new (influencer, warehouse picker, legal marijuana grower) in their own words. In her intro, Vara loftily and ambitiously tips her hat to the inspirations of the greatest names in this kind of oral reportage—Studs Terkel, Liao Yiwu, and Svetlana Alexievich. We’re not quite sure that she gets all the way there, but this is a deep and fascinating portrait of a world of work transformed by migration, technology, and the various ravages of this particular stage of capitalism we’re living through.

In Places, Stacy Passmore goes deep on one of our favourite topics—beavers as environmental engineers, their hydrology and landscape reorientation overlapping with, competing with, and complementing our own. When hiking, often the most magical moments are when you find what seems like a secret beaver workshop, a clearing full of half-gnawed lengths of timber, put aside for some purpose that’s critical but impossible to fathom—there are few more fun things to contemplate than what a beaver might be playing at, what it thinks needs to be better about this land around you. Passmore is a little more systematic about understanding this than us, contemplating what it is to live cooperatively within a dynamic landscape of which we are not the only master: “When the Scottish government started a beaver reintroduction program, it hired sociologists to work alongside ecologists. People complain that beavers are destructive, they’re unpredictable, they cause flooding. These things are all true. Living with such a willful species requires careful negotiation. Humans have to recognize the ecological benefits beavers bring, and be willing to give up some control.”

As Boris Johnson slouches closer to the UK prime ministership, Amy Davidson Sorkin re-reads John le Carré’s underrated second novel, The Looking Glass War, and finds in it a prescient bit of parody that nails many of the same delusions that so animate today’s establishment Brexiteers.

Berlin’s reputation for being Europe’s last affordable big city is looking more like an outdated cliché, with rents on new apartments rising more than 50% over the past five years. While other cities do little more than shrug their shoulders in the general direction of an overheated real estate market, and the implacable forces of gentrification, Berlin is debating more radical interventions. A petition signed by 77,000 people has called on the city government to expropriate the holdings of the large companies who control a majority of Berlin’s housing stock. In response, the city government is considering freezing rent prices for five years. Neither is likely to fly in the end, but it’s heartening to see one city take its housing crisis seriously. Chum content! You know we’re linking to it! Ranjan Roy builds on the classics of the “Related Content” genre by following the money back through the chain of spam links smearing themselves over otherwise once-reputable sites. Nothing much new here, but it’s fun to see this traced out in a relatively dry manner to see who’s making money and how.

It’s not a surprise that Apple News+ is probably a bust so far (like we said at launch, it was a confusingly half-baked relaunch of Texture, a product that was already a bust when a bunch of famously not-forward-thinking publishers came up with it themselves), nor is it a surprise that those who did sign up for it were both excited to present the possibility magic beans in their internal decks, and surprised to find how little of substance they could grow from them. Apple promises UI fixes and better messaging, but those aren’t going to change the fact that these initiatives, are only ever going to shift existing boomer and X readers from print to iPad. Which is fine! But it ain’t saving anybody from anything.

And we’re not saying the business model of SB Nation is going to save us either, but we appreciated this Hyperallergic celebration of Jon Bois’s weirdo longform trips across all platforms to the edges of digital storytelling, and the strange and beautiful things they say about sports and the people that play and watch them. Some days we’d happily settle for an internet that’s just made up of that. 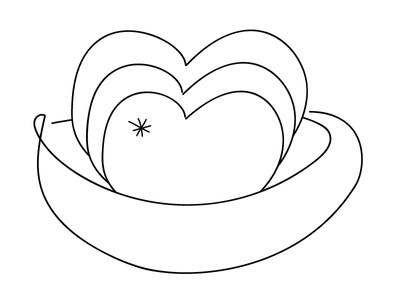