Sometimes you just need Rebecca Solnit to rearticulate your basic belief of what it is to be in this world. There’s a version of why we do what we do, with whatever small gestures we make, in the paragraphs below. LitHub excerpt the intro to her new book, Whose Story Is This?, and it’s nothing she hasn’t written before, but perhaps we just needed it, and her very particular form of ra-ra optimism against bleak backdrops, this week.

We are building something immense together that, though invisible and immaterial, is a structure, one we reside within—or, rather, many overlapping structures. They’re assembled from ideas, visions and values emerging out of conversations, essays, editorials, arguments, slogans, social-media messages, books, protests, and demonstrations. About race, class, gender, sexuality; about nature, power, climate, the interconnectedness of all things; about compassion, generosity, collectivity, communion; about justice, equality, possibility. Though there are individual voices and people who got there first, these are collective projects that matter not when one person says something but when a million integrate it into how they see and act in the world. The we who inhabits those structures grows as what was once subversive or transgressive settles in as normal, as people outside the walls wake up one day inside them and forget they were ever anywhere else.

The consequences of these transformations are perhaps most important where they are most subtle. They remake the world, and they do so mostly by the accretion of small gestures and statements and the embracing of new visions of what can be and should be. The unknown becomes known, the outcasts come inside, the strange becomes ordinary. You can see changes to the ideas about whose rights matter and what is reasonable and who should decide, if you sit still enough and gather the evidence of transformations that happen by a million tiny steps before they result in a landmark legal decision or an election or some other shift that puts us in a place we’ve never been.

ThingsWith the death of Robert Mugabe this week, Amanda Hammar—who worked closely with the government during the period of transformation in the 1980s when it could have all gone so many different ways—wonders in Africa is a Country (without much hope) if the nation can now find closure in the anti-climax, “space for a new self-definition as a nation, as a broad family of nationals, with a shared national project.” Over at Quartz, the poet Tinashe Mushakavanhu uses the occasion of Mugabe’s death to reflect on the man who was in many ways his counter-culture nemesis, the brilliant (and brilliantly angry) Dambudzo Marechera. The author suffered an AIDS-related death at 35 in 1987, never living to see the direst warnings of his books come pretty much true, but they are all fierce classics still worth devouring.

If we’re going to have to devour epic true crime feature reporting in podcast or print, laden with twists, we’d be fine if it was just always Rob Moor telling the wild tale of Joe Exotic and his roadside zoo (here’s the podcast version, if that’s your jam).

Our worst nightmare but maybe the nightmare we need? A text editor that destroys your work if you stop writing for five minutes.

“The question—what was Google going to give us?—was overshadowed by a more pressing one: what does Google want from us?” Toronto Life ambitiously gathers together “18 big thinkers” to take on the question of Sidewalk Labs. There’s nothing that will surprise you in this motley collection, it being pretty much “18 people with a known brand of axe grind it in the most expected manner”, but there are a few thinkers we respect and link to often here (and also Richard Florida), so it’s worth a gander. The best thing to read from the collection is actually Jason McBride’s intro.

Shoshana Zuboff, on our city as surveillance capitalism’s new frontier, is certainly thought provoking, but look, here’s the thing: It’s highly unlikely much of Sidewalk’s ridiculously overlong Master Innovation and Development Plan launched back in June will ever see the light of day. One thing we’re super curious about from that ludicrous book, which lacked specifics just like everything else, was their claim to have a standardized and open technology mount (an “urban USB port”, it handwaves) for city tech (wi-fi gear, air quality sensors, cameras go unmentioned) on light poles and street fixtures, which they call Koala. Does this thing actually exist? Are they really working on this? It’s hard to tell. The logistics of actually developing such a creature would be fascinating.

Meanwhile, this New Food Economy piece about restaurants struggling to remove Google’s helpfully imposed online order buttons from their listings is a decent depiction of the bureaucratic nightmare that managing anything about your Google presence becomes when your preferences might get in the way of commercial partnerships.

In Esquire, Dave Holmes considers what happened to the less robust music and musicians of the decade between 2003 and 2012—the “Deleted Years” after CDs and before streaming proper, where we hoarded MP3s that now sit on a forgotten iPod Shuffle in a shoebox. The article itself is a bit too pithy and narrowly focussed in its music tastes, but the concept is bang on, as is his understanding of what it took to survive through those years and still matter beyond.

You know who mattered before those years and still matters now? Liz f’ing Phair. That interview in Vulture is great, but so too is this insightful mea culpa thread by onetime critic Matt LeMay, who bestowed that infamous Pitchfork 0.0 rating on her back in 2003. With the benefit of 16 years hindsight, he considers the constructs of authenticity in “indie” and “pop”, and what toxic-bro masculinity looked like in the indie music world.

#neverforget in the.. “mid 1990's, [which was an] era when the web was build and arranged and decorated by amateurs, [and] when very web specific genres and looks were brought to existence, making it an incredible place to experience.” Enter the Prof. Dr. Style Top 10 Web Design Styles of 1993 (Vernacular Web 3), which serves as a “reminder that all around the internet the very first pages were built at universities,” and what that experience felt like.

Send us some new Autumn friends! 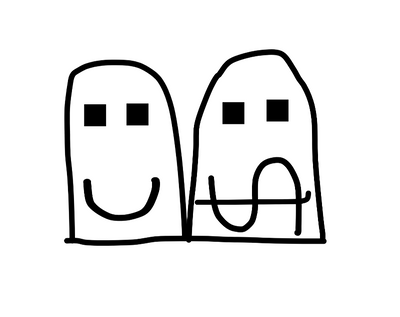