129: The Macramé of Resistance

“Skaters dodge the police on the way home after curfew. DJs decipher the anatomy of post-war dance floors. Discerning students sift through thrift shops for salvageable arrivals. Everywhere, young people reach for turntables, film cameras, game consoles, or pencils to manage the loneliness and isolation — to say nothing of the boredom — that comes with living in Donbas.” The punk utopianism of old-school zine culture is alive and well amongst the DIY art collectives of war-torn east Ukraine, and the English translation of Golden Coal is glorious proof. It’s a document of a generation coping and resisting and living through intentional community, with whatever tools they have to hand—creative methods of survival “as a last resort”. Four words we haven’t said together as a sentence in a lot of years: Fuck war, let’s rave.

Pair with: Josh Feola and Krish Raghav’s Open All the Buddha Boxes, a forthcoming “radical comic book history” of Beijing’s underground music scene over the past couple of decades. If this excerpt on the great Hang on the Box is anything to go by, we’re going to love it a lot.

Kaitlyn Tiffany doing the (meme)lord’s work, attempting to chase the 🍑iest of chain texts back to their dank sources.

We always love an epic document dump from the International Consortium of Investigative Journalists (and we love, in particular, imagining the long internal meetings where they try to agree on just the right hooky alliterative name—we want to know what names were rejected for the Panama Papers and the China Cables!). Their latest, the Luanda Leaks, lays out a massive paper trail documenting the tangled web of corruption feeding the fortune of Isabel dos Santos, Africa’s richest woman, who learned her laundrycraft at the feet of one of the finest, her father, former Angolan president José Eduardo dos Santos. This PBS Frontline doc is a good way in to the story. The papers show what Claudia Castrow calls, in Africa is a Country, “the vast transnational looting of Angola’s wealth”, in which many more than just dos Santos’s court are complicit:

“As with the Mozambican debt scandal, which was enabled by the collusion of Mozambican state officials with bankers at Credit Suisse among others, the articles emphasize what many already know: “African corruption” is only African as regards its victims, its perpetrators are institutions and individuals from across the globe who are willing to loot without conscience as they watch their offshore accounts grow.”On mining, film festivals, and washing away toxic spills with peppy tourism promotion in Oaxaca.

22 years in the slammer for Joe Exotic!

With the places that mean to us either still up in smoke (Oz) or deep under the blizzard snow (Newfoundland), we were thankful to reader Claire for sharing with us this piece by Shehla Anjum on solastalgia and climate distress from the perspective of this season’s weather extremes in Anchorage, Alaska. The dread-inducing changes are visible at every frontier, of course. In return, we’d like to share with Anjum this excellent little LitHub piece on the best pho joints in Anchorage, because pho cures all sadness, and some YouTube footage of people snowboarding down the streets of St John’s in Newfoundland, because look, if I can’t snowboard, it’s not my irreversible collapse of all things. And for after that, here’s a piece from Quanta last year on the dormant microbial “seed banks” that might be waiting around in the soil, to start things off again. When it’s safe. When it’s clear.

We’ll admit: anxiety kept us from wanting to know too much about the Wuhan coronavirus this week. What should we be reading that’s useful/sober/real on it?

More Things“There is a space for everyone. A space, a glass of water, and a plug socket.” Thanks to BS reader Kelly, who was inspired by last week’s Parkdale Life piece on McDonald’s as community center to share with us this glorious appreciation of the canteen, by Rebecca May Johnson in her “Ways of Eating” email.

Matt Klein synthesizes what seems like every 2020 trend report generated by every assertively confident trend forecasting agency or consultancy, to figure out “The Meta Trending Trends”. He does not only the magical work of making this stuff far more readable than it usually is in its swaggery, standalone, primed-for-LinkedIn-and-making-us-sad original form (a form K-Hole never quite managed to effectively kill), he achieves what a meta-analysis should always strive to do: to take the surface level insights and figure out what’s going on systemically underneath it all. Such as, for instance, the actual human yearnings and fears these report writers might not even realise they possess, but collectively rise to the surface:

“Over my last three analyses, several trend themes continue to thrive: Environmental Concerns, Prioritized Mental Wellness, Evolving Identity Boundaries, and A Physical-Virtual Blur. For three years straight, these remain the most ubiquitous subjects. Most meaningful, I believe the thread which ties these themes together is that they revolve around humanity — our habitat, ethics, mental state, sense of identity and role alongside tech.”
Here’s an annual making-sense-of-it-all tradition that we hope never goes away: Bruce Sterling and Jon Lebkowsky’s State of the World two-week gathering at The WELL, which is still there, and still hosting fine meetings of minds. Cameos from some BS favourites.

You know movies you rewatch? Well a text we seem to go back to (all the way to 1998) is “The Macramé of Resistance” by Lorraine Wild in Emigre: “Design practice today requires the intellectual power of a think tank and the turn around capacity of a quickie printer.” [PDF, 451 kb]. We think in 2020, you could replace the quickie printer with ‘exporting a deck’.

Longtime BS readers may recall 100 or so issues back (of course you do!), we were very down on the future of SoundCloud, and worried what its impending collapse might mean for the archives and the culture built on top of its lack of business model. So we’re intrigued to see that, at least in the public record, they might have actually found a way to make money? Like, more than $120m of revenue in 2018 and pushing towards $200m last year? It’s hard to tell what it is truly driving this beyond the handwaving about realizing new opportunities (and finding positive ways of saying that they laid off a lot of staff), though it does seem like a lot comes from a renewed focus on promotion and distribution tools for artists. The idea that you can build six figure revenue streams off of things your creative community want and need is kind of nice, no? If it’s true. And we’d be remissed to not point out that they’re still burning way more cash than they’re bringing in, but that’s just Valley rules, right? Even if you’re in Berlin? Anyway, we’d be interested to read some non-industry-press reporting on what’s really going on here, if any of you all either want to share it, or report it and write it and get it published and then share it!

“She apologized for her management style and stepped down as chief executive. Now, she says it was a mistake to fall on her sword and is taking her job back.” Lol, Steph Korey’s back at Away, and suing The Verge for reporting the behaviour she apologised for after they reported it. There’s a Slack we’d be terrified of be lurking on right now. And we still can’t get enough of reading the ugly behind the scenes Deadspin story—with all the accounts we’ve read, we could now reconstruct it from every angle into a perfect immersive simulation of the awfulness of much of working in media right now.

Mike Monteiro has advice for those trying to help Silicon Valley workers unionise. It’s well intended and good, and useful, but we can’t help but feel it succumbs just a little to industry exceptionalism. The structures and power politics he lays out as particular to tech are… well… not ones unions haven’t encountered before.

“Thank you for riding the Freelancer. Go ahead and puke in the bushes. And remember to come back to visit our exciting upcoming attraction, a hall of mirrors named All Your Friends Are More Successful Than You.”

(Oh, and if we put these buttons here, would you use them? How do you share emails like ours with friends anyway? We’re curious!) 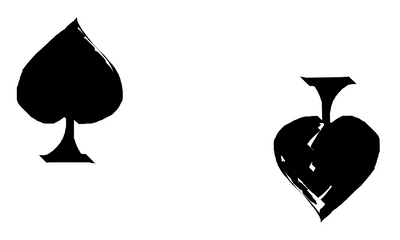 
128: The heart of the highly strung city 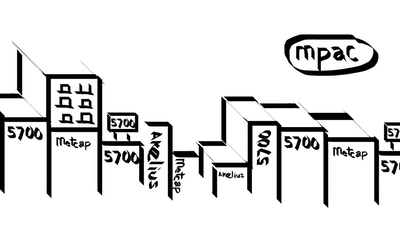