You want it darker.

Basically
This week, we about drowned in blue tears.
We learned it was we in the bubble all along.

The sublime Lindy West writes on our loss for the New York Times and, as always, reigns nasty and supreme. Thank you, Lindy.

I cried because I want my daughters to feel that blazing pride, that affirmation of their boundless capability — not from their husbands, but from their world, from the atmosphere, from inviolable wells of certainty inside themselves. I cried because it’s not fair, and I’m so tired, and every woman I know is so tired. I cried because I don’t even know what it feels like to be taken seriously—not fully, not in that whole, unequivocal, confident way that’s native to handshakes between men. I cried because it does things to you to always come second.

Whatever’s coming, we know that shit’s about to get real, real weird, right? As the world’s greatest flimflam man takes power, enjoy reading this account of the founding flimflammers of the Fox family, who took the mid-1800s world for a wild Spiritualist ride, starting a long con that’s never truly ended.

Rocket is a startup factory that assembles managerial teams to emulate hot American startups, and beat them to the European market. But what's a venture without an adventurer? Rocket’s “founders” are missing the intensely personal entrepreneurial journey that is critical to develop an organization’s survival instinct. Might be why they’re in a nosedive.

Over the course of a week, Patrick struck a deer on a remote New York highway, and John cleaned his first in the field. Which got us thinking. Somewhere between wilderness and pest, deer mark the fringes of our constructed environment. This breeds contractions. They can seem ghostly and frail—silently appearing in the middle of a dusky field. Or deadly and threatening—bounding into highways and decimating suburban gardens. Are they flourishing in their own right or as parasitic vectors? Should their population be controlled with more cougars or fewer cougars?  Should we just… build a wall?

Four decades ago, the great folksinger Shirley Collins lost her voice. Or to look at it another way, it was taken from her. In this gorgeous conversation with longtime fan Colin Meloy of the Decemberists, she talks of what it’s like to grow to hate the thing that once defined you, to believe you’ve been forgotten, and to reconfigure your idea of self in brand new ways.

Always good advice: when all feels helpless and lost, turn to Rebecca Solnit. This week she’s made her book Hope in the Dark available for free. This book, along with much of her other writing, has changed the life of at least one of your letter writers here. So read it. And if you don’t, at least read this:

“Hope is an embrace of the unknown and the unknowable, an alternative to the certainty of both optimists and pessimists. It’s the belief that what we do matters even though how and when it may matter, who and what it may impact, are not things you can know beforehand.” 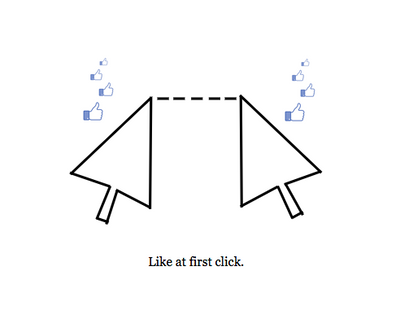