Through the lens of the last couple of decades of urban fetishisation of lumberjack culture in general and the axe in particular, Jonny Diamond writes a hymn and a history for the tool itself at Longreads. It’s easy to mock the beflanneled hipster here, but Diamond goes somewhere deeper, to search for the truer things underneath the repackaged simulation. As he writes: “it would be a shame to dismiss these things we yearn for — open spaces, wilderness, a particular kind of labor — simply because we’ve had them so relentlessly repackaged and sold back to us.” We’re very much looking forward to his book on same.

A thousand miles and a thousand years separate these moments of labor, and at the heart of each, the same basic motion: Pick up the heavy thing and let it fall; let the weight do the work, or at least half of it.

This is the allure of the axe: It is a simple, efficient tool charged with power and violence; it lets us measure our labor swing by swing, as we gather fuel for heat or timber for shelter. To look at a stand of trees, axe in hand rather than chainsaw, is to understand it not as a resource for the coming weeks or months, but for subsequent years and generations. And though the axe confers an intoxicating dominion, over woodlot and wood target both, it is a tool that invites a way of seeing that is very old indeed. The various eras of human prehistory seem named for dynastic families from alien worlds — the Mousterian, the Denisova, the Aurignacian. It is the Acheulean in which early stone hand tools begin to flourish, particularly what is now referred to by paleoanthropologists as the “hand-axe.”

ThingsYou probably saw that terrifying Vice report in your feeds about the “High Likelihood of Human Civilization Coming to an End by 2050” due to climate change (reported here also by CNN). And if you are a regular reader of this cheery email, you’ll know that’s something we pretty much agree is a worst-case-but-still-realistic possibility. What irked us about this reporting, though, was the pretty much blanket coverage of this “new report” as though it was a new landmark study, or some new science, or, well, anything new, rather than simply the latest 10-page, light-on-substance white paper from a tiny Australian think-tank that’s been putting out these siren-blaring PDFs now under various guises for a decade or more (and we salute their tenacity). But single-source reports on this short position paper, with its flimsily argued criticisms of the IPCC, do nothing whatsoever to advance the discourse, or action, in meaningful ways. As always, it’s reduced down to the most despairing of headlines. If you really want this existential crisis covered in bleak af but meticulously reported depth, we highly recommend David Wallace-Wells’s new book The Uninhabitable Earth, chased with a double of the strongest liquor you’ve got.

For the TLS, Stephen Marche hits the Hyatt Regency in Chicago to drop in on the annual convention of the Modern Language Association. What he finds, returning to humanities academia after a few years out, is a discipline grappling with the “death of its own significance”. The portrait he paints seems familiar to the one given to us by so many on the inside and outside. It’s not about radical professors or leftist indoctrination or freedom of speech. It’s something else entirely, where institutional atrophy and a deeply conservative structure of prestige and control lead to the awful career tracks experienced by pretty much anybody we know still game enough to try, if they’re not broken by it from the start. As the writes: “The piety of academia – its radical front of social justice – takes place in the context of massive inequities and supremely vulnerable young people.”

We read about each of Uber’s scandals as they unfolded, but Hubert Horan lays them all out together, with the benefit of hindsight, in a piece that reads like Uber’s future Wikipedia article. In a good way. Can we be reassured by such plain accounting of the facts, or should we feel guilty for indulging in something that seems so detached from the political context, reinforcing our bubble?

This week in Canada, a landmark report was released from the National Inquiry into Missing and Murdered Indigenous Women and Girls. As the report says in its introduction, “The fact that this National Inquiry is happening now doesn’t mean that Indigenous Peoples waited this long to speak up; it means it took this long for Canada to listen.” Sadly, we’re not sure Canada is listening. Most of the reporting on this has been pretty terrible, obsessed with its use of the word “genocide” to describe thousands of acts against First Nations, Inuit and Métis women, girls, and 2SLGBTQQIA people, as told through painful and careful testimony. The word was not used lightly, but it’s obviously not one that sits comfortably with any mainstream Canadian self image. There are no good hot takes we’ve found to link to on this, and we’ll spare you the bloviating semantics. The only thing we’ll link you to is the executive summary of the report itself. You should read it. Those stories were told for all of us, in Canada or not.

Why Are We So Obsessed with Male-Chef Redemption Stories?

Here at Buckslip we are all-in with our hometown Raptors, who against just about every prediction are one victory away from beating an until-now dynastic Golden State for the NBA championship. Not surprisingly, people here are going bananas with every win — the kind of next-level bananas you’ll only find in a city as chronically starved of sporting success as Toronto. Until this year’s Raptors, not a single one of its major sports teams had made (or won) the finals in one of the big-4 North American sports in 26 years, a drought surpassed only by Minnesota and Minneapolis. For a contextual sampler of Toronto’s sad-to-awful relationship with its teams, and the effect it’s had on the city’s collective psyche, look no further than this wonderful re-enactment via Instagram of Harold Ballard’s terrible, self-sabotaging tenure as owner of the Maple Leafs hockey team…. told entirely in Lego.

Tape us to your friend's back and we'll all have a good laugh. 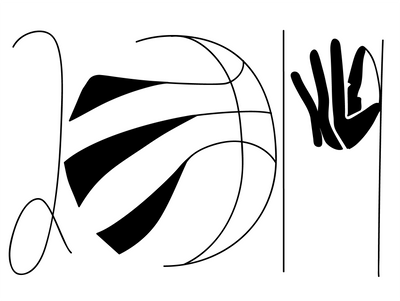 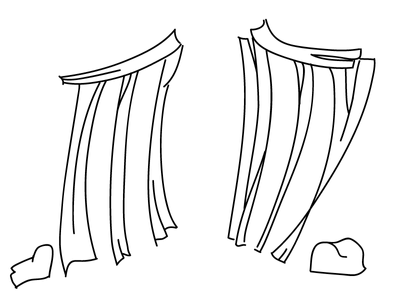